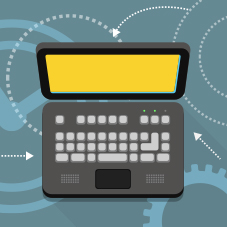 Sponsored. Amicus Attorney, the leading developer of practice management software for lawyers, has announced the launch of Amicus Premium 2016, the latest release of one of the most widely used programs in the legal community. This release contains a multitude of new features and advances that will further improve performance and profitability for legal professionals. ... READ THE REST

What? You Want I Should Stop Using Yiddish?

Caution: Mature Content. Yes, yes, I do want you to stop. A recurring theme of “Get to The Point” is that even if some of your listeners or readers are fine with your language usage, if a speech mannerism will offend others, don’t use it. That issue dominated the national news recently when Donald Trump stated that Barack Obama “schlonged” Hillary Clinton in 2008. They tell me that due to an early childcare situation, I spoke Yiddish before I spoke English. Though I’ve forgotten most of it now, I still know a noun from a verb, and I certainly know when I hear a synonym for the male sexual organ.