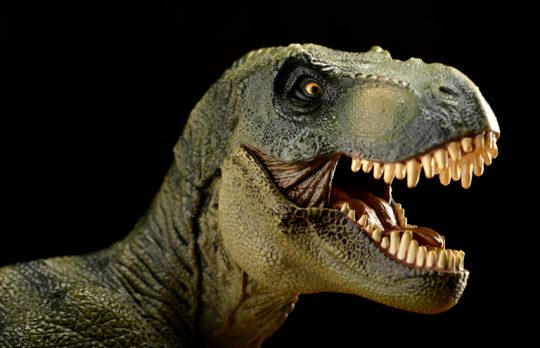 As in earlier movies in the series, "Jurassic World: Fallen Kingdom" portrays attorneys in a bad light. Maybe that doesn't bother you, but it bothers me. While there is some truth in that representation, I don't think we do enough to try to ...

A Curmudgeon's Perspective. The Attorney at Work compilation about time management and productivity ("A Matter of Time: Time Management and Productivity Tips for Lawyers") got me thinking about how lawyers are drawn to chasing new ...

You Talking to Me?

“We can surely do better,” read the last line of the email. “What the hell does that mean?” asked Margaret. The young associate had just helped win a big case, and she was reading a "thank you for your efforts" email from the lead partner to the ...

Fighting Words: Letter of the Law

My neighbor Charlie stopped me in the driveway the other night and asked, “Can you help me here? I got this stupid letter from some jerk lawyer, and I'm mad as hell!” He was red-faced, waving the offending letter violently. “Well, sure,” I ...

Maybe as I get older I have less patience for things that seem wasteful or meaningless, or maybe I’m just getting crankier. I suspect people who work with me would choose the latter, but I have made strides over the past few years in learning ...

Experience Is the Best Teacher

When it was all over, I took a few days off. When I returned, the managing partner wanted to see me. I entered his office ready to be fired. It was the first big case I had led, and there had been quite a few problems.

The Lawyer Who Liked to ‘One-Up’

“I never seem to get it right enough with him,” Sara told me, as she expressed her frustrations about being on Terry's case team. “He always has to do it better than me.” I nodded. Terry was an ace litigator, hardworking, controlling and driven ...

“What is the most important thing to your successful career?” Shelly asked earnestly.It was flattering to be asked. This young associate was interviewing the more successful senior attorneys in the firm to help her figure out how to manage her ...

A Matter of Trust: Can They Work as a Team?

“I don't think this is going to work.” Judith slouched in the chair opposite my desk. “I mean, I don't know if I can trust her.” I understood. One of our firm's high-powered litigators, Judith was aggressive, tough on opponents, tough on her own ...

A Fool for a Client? Be More Self-Aware

She needs to just get on board,” Bob complained. “I keep telling her what to do, but she won't stop trying to second-guess me.” As I listened to his complaints, I wondered if he had even tried to hear what Mary wanted to say. She was pretty ...