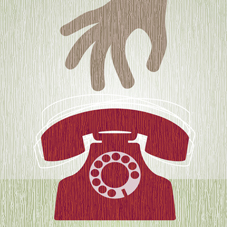 Listening In: The Client Prevention Department

During a recent intake call training session, the COO of a large PI firm in New England bragged, “We convert 90 percent of the cases we want." An hour later, after we played four actual intake call recordings from their office ... nobody was bragging. While listening in, we heard three viable prospects hang up with no signs of further interest in the firm. In two out of three calls, qualified prospects who had been screened by the intake team were put on hold for more than two minutes while a lawyer was prodded onto the phone to “close the deal.” Once the lawyer finally picked up the call, both she and the caller were aggravated, and she was just plain unengaged. ... READ MORE