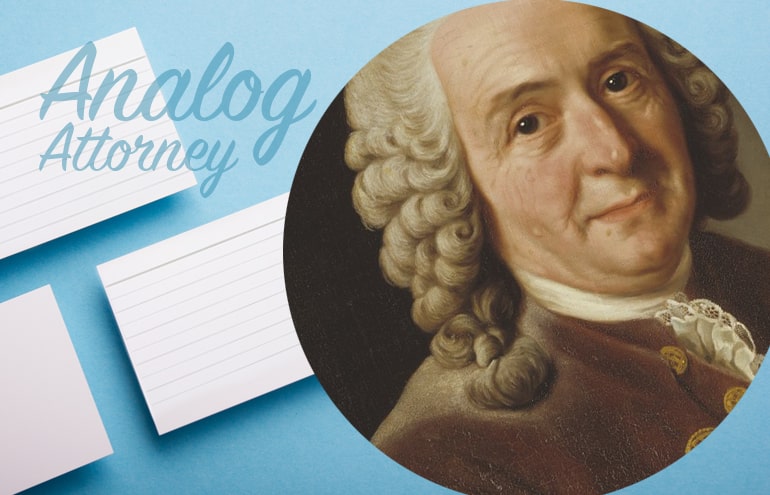 Index cards seem antiquated in the age of note-taking and idea-capturing tools like Evernote and One Note. Smartphone apps have overtaken every form of notation. Yet index cards, the 20th-century go-to for writing term papers and saving recipes, are still selling. It may be due to their history, which includes hardcore index card users like David Rockefeller, Ronald Reagan and Carl Linneaus — the Swedish botanist who invented index cards.

The magic of index cards isn’t whether they’re college-ruled, or quadrilles or dot matrix. It’s because they’re cheap. They’re also portable and small. These are the essential qualities that make index cards not only useful but, for some of us, indispensable.

A typical pack of 100 ruled index cards is about a buck and a half. Compare that to the cost of any other information organizational tool. There is just no other desktop tool whose usefulness so outweighs its cost. Except for paper clips or staples (but try taking notes on those). Plus index cards are portable, not just in the sense that you can take them anywhere — you can take Evernote anywhere, too. But in how you can put jotter cards pretty much anywhere. You can tack them to a corkboard, lay them out on a table, pop them into your pocket, or tuck them into a book.

Like sticky notes, index cards are remarkably utile and easily adaptable to just about any work style. What’s often overlooked, though, is the most useful quality of an index card: its size. Because they are small (3×5 or 4×6), one must be economical with one’s notes. We already know that writing notes longhand is more effective than using applications because the note-taker must exercise more executive function and is, therefore, more engaged. However, the room one has to take those notes also affects one’s retention. Space affects the nearly instantaneous executive decisions of what notes are worth writing. The limited paper real estate is valuable. So we take a nanosecond longer to consider which words we’ll spend on it.

Which Is Why It’s Good They’re So Cheap

For many office products and personal productivity products, spending extra to buy something that lasts is important. Don’t get cheap noise-canceling headphones. Spend a couple of extra bucks on a fountain pen and maybe even a pencil. Invest in a good chair. But some things are better if they don’t cost much. Cheap legal pads, for instance. You’re just never going to use an expensive journal or even an expensive legal pad to doodle random ideas. But you’ll churn through a bright yellow pad from the drug store like fire through a field, which is a good thing. Inexpensive scratch pads let you rip and crumple page after page as you hone your argument. You don’t think about the cost of each page. Same with index cards. They’re cheap, so you don’t care. You can screw up 10 in a row, and you’ve only spent .18 cents — if that. Active creativity is a key soft skill for solving problems. Being able to burn through a stack of index cards while organizing a table of authorities means you’ll actually get the job done faster.

Their Portability Means You Can Use Them Any Way You Wish

Oscar-winning screenwriter Lance Black (“Milk,” “J Edgar”) essentially writes his movies on index cards. He gathers notes and research into scenes which he types onto 4×6 cards, clipping all the note cards for an individual scene into a stack. He spends weeks with these stacks of cards laid out in a grid on his kitchen table, rearranging, reordering, removing, and replacing scenes until the movie in the cards plays out as a perfect movie in his mind. Only then does he sit down to write the actual script. A lot of writers use index cards. Michal Crichton adored them (and used them to sell 200 million books). Nabokov couldn’t live without them. Ryan Holiday rhapsodizes over their utility on at least three major news sites and wrote his bestselling title, “The Obstacle is the Way,” using his own note card system.

You probably used index cards to study for the bar. Probably throughout law school. It’s still a common practice to use cards to organize your notes for presenting a case.

This is the fundamental utility of index cards—that you can move them around. This allows for constant ease of reordering. The inventor of index cards, the 18th-century botanist, Carl Linnaeus — the man who invented the classic taxonomy we still use — was overwhelmed by the information he accumulated in his studies and his classification of plants and plant structure. He used notebooks and even loose-leaf paper to organize his mountain of notes. But searching within his notes was excruciating and often fruitless. Finally, he resorted to hand-cut slips of paper and revolutionized research. Suddenly, his research notes weren’t locked into a linear form but were more like an interconnected mind map. The technique was adopted fairly quickly by other scientists interested in information retrieval.

German sociologist and a prominent contributor to Systems Theory, Niklas Luhman, published 70 books and over 400 scholarly articles without using a single byte of computer assistance. Luhman was resolutely analog, developing a carefully interconnected bank of index cards he called his Zettelkasten. The word breaks down to “Kasten” or box and “Zettle” or slip of paper. Luhman’s method was simple, but over decades of research, the utility of that simplicity turned into a library of more than 90,000 cards (currently archived by the University of Bielefeld in Bielefeld, Germany). His method has become a kind of research nerd legend, and many scholars and researchers (and columnists, such as yours truly) rely on it to learn and create.

Flashcards are another system of learning using index cards — and another artifact of law school. And there’s a method to them, also developed by a German scientist, Sebastian Leitner. Since its invention in the 1970s, the Leitner system has gained enough of a following to spawn devoted fans and luxury merchandise. Leitner used flashcards and spaced repetition to increase the speed at which one might learn and to deepen one’s retention of data. Your intrepid reporter has used this method to memorize long blocks of text and can attest to the endurance of retention. I learned a certain section of prose using a Leitner box back in 2009 and can recite it on demand to this day.

If you intend to market your law firm by publishing books, white papers or content marketing, using an index card system to collect, store, and retrieve ideas is a time-tested, proven method of production.

Here’s One More Way to Be Productive With Index Cards

Index cards are useful because they’re cheap, portable and flexible. They’re also useful because they fit easily into your pocket, which is helpful if you use a stack of index cards like the Hipster PDA. This is a life hack from Merlin Mann’s 43 Folders that is brilliantly simple. 1. Get a bunch of 3″x5″ file cards 2. Clip them together with a binder clip. 3. There is no step 3.  This is a very cheap version of a pocket notebook meant for capturing ideas, taking notes, and more. Turning it into a to-do list is as simple as writing each item in your list on a card, arranging them in order of descending importance (or ease, or any way you want), clipping them together and getting to work. Once you complete the first task, which is the top card, you rip it off and toss it. Of course, you can complicate the Hipster PDA with various index card hacks like turning them into tiny, portable dry erase boards, knock out a cheap postcard on the run (4×6 size), or even turn one into a scientific magic act.

Which Are the Best Index Cards?

I’m glad you asked. Here are some of the best index cards, ranked by price (lowest to highest), usefulness, durability and design.

The standard. When you think of an index card, this is the one you see in your head. You still have a box of these from law school somewhere. If you’re really lucky, you’ve got a little plastic tub of your grandma’s recipes on yellowed Oxfords from 1943.

It was hard not to put these ruled cards at the top of the list, given their price and commitment to sustainability. The biggest difference between Target and Oxford is the recycled cards are slightly (and I MEAN SLIGHTLY) less sturdy.

Once again, we must address my unnatural love for all things Baron Fig. Analog is about utility first. Still, part of utility is design, and nobody designs like Baron Fig. These Strategist index cards are nearly 20 times more expensive than the cheapest index cards I could find. They violate the cheap is better rule by costing almost a dime per card. But I don’t care. They are luxurious to a fault, and sometimes, even when taking notes, you get to treat yourself.

I remain devoted to my Bfig, but Nock’s Dot-Dash standard note cards are possibly the most useful grid design on any index card, available in sky blue and green. However, they are also one of the most expensive index cards on this list at .12 per card (as much as Levenger, which is the Mont Blanc of nerdy stationery accessories).

I am fortunate to live in a city big enough to have a Levenger department at a downtown store. Levenger’s sells high-end luxury stationery and accessories — and these 3×5 lined cards are kind of their thing. Besides the regular 3×5 cards, they sell personalized vertical cards, pre-printed cards, their Pocket Briefcase (which predates the Hipster PDA), and this thing, which I covet:

The Heyday of Grammar: You’re Not Hardcore Unless You Live Hardcore
10 Quick Tips to Organize Your Law Office and Control the CHAOS 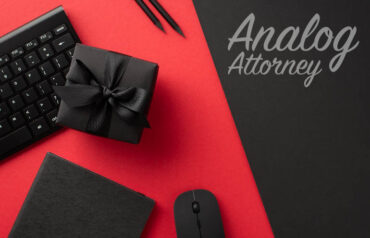 The Psychology of Time Management: It’s a Head Game October 20, 2022