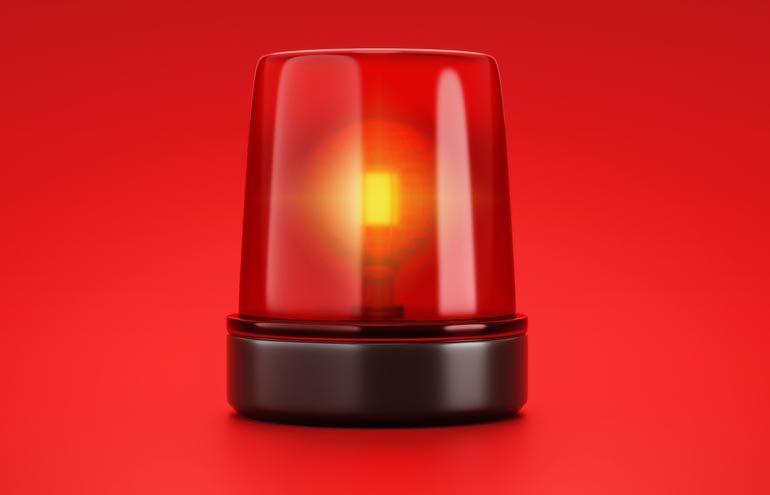 Predicting and Protecting Yourself Against Violence: Interview With Craig Gundry

Just midway through 2022, there have been more than 330 mass shootings in the U.S. If that wasn’t disturbing enough, a retired Wisconsin judge was recently gunned down outside his home. When I examined the issue of personal safety for lawyers a few years ago, statistics showed that violence against lawyers and other legal professionals was on the rise. I decided it was time to revisit this issue to learn what we can do to predict and protect ourselves against violence.

Craig Gundry, Vice President of Special Projects for Critical Intervention Services, was available to share his knowledge on these issues. He has over 30 years of specialized focus on designing security programs for protection against acts of terrorism and mass violence.

Some of the recent mass shootings appear to involve random targets, like the school in Uvalde and the grocery store in Buffalo. Are these events random, or can they be predicted?

Craig Gundry (CG): There’s been extensive research on this matter over the past 30 years.

Most acts of mass homicide are examples of “targeted violence” resulting from a process of ideation, planning and preparation. And despite the number of incidents that seemingly occur without warning, there are usually indicators that a person is progressing on the “pathway to targeted violence.” Although these indicators are often only identified in hindsight, they’re usually present as warning signs if people in a relationship with the perpetrator are aware.

This is the role of “threat assessment” in security risk management.

Threat assessment methodologies establish a structured process for investigating and evaluating threatening communications or behavior of concern to estimate if an individual is progressing toward violence. The criteria and considerations for estimating risk are based on empirical research by experts in the domain of forensic psychology about targeted violence. A few examples of these validated models include the WAVR-21 (Workplace Assessment of Violence Risk-21) instrument and the Warning Behavior Typology used in the TRAP-18 (Terrorism Radicalization Assessment Protocol-18) methodology. In schools today, the CSTAG (Comprehensive Student Threat Assessment Guidelines) model is a popular methodology.

But successfully employing threat assessment as a preventive strategy requires that people recognize and report behavior of concern early enough to provide opportunity for intervention.

In your experience, are lawyers and law firms at higher risk of being targeted for violence than the general population?

CG: I haven’t seen statistics specifically related to legal professionals, but I would say anecdotally, yes. Litigation and justice proceedings are adversarial by nature and with the stakes involved, often result in amplified fears and feelings of grievance. Revenge is the No. 1 motive for acts of targeted violence (and mass homicide specifically). Our experience also confirms this statement.

Our team has assisted law firms and litigants in numerous situations over the years as a result of this dynamic. And these situations vary considerably. We’ve had cases ranging from emotional threats levied during arbitrations to hostile divorces involving menacing spouses.

And then there are situations where violent intimidation is used as a pressure tactic, such as labor disputes and high-profile cases related to controversial issues.

We also encounter a lot of situations related to terminations of threatening employees. In most of these cases, it’s the employer’s counsel who approaches us for help in assisting their client in assessing and navigating the situation and implementing a security strategy if warranted.

And beyond the issue of risk resulting from the nature of legal work, there’s the matter of workplace violence originating from the firm’s employees and associates. The 2017 shooting at Perona, Langer, Beck, Serbin, Mendoza and Harrison in Long Beach is one example.

What characteristics would a lawyer or law firm have that would indicate to you that they need a security assessment from a firm like yours?

CG: Smaller firms with close-knit employees who aren’t engaged often in hostile cases generally don’t have much risk justification for security concern. For larger firms or those often engaged in contentious cases, it’s wise to ensure that reasonable physical security measures and emergency preparations are in place to mitigate risk of violent events. In this regard, it’s always best to prepare in advance rather than wait until a specific situation generates alarm.

Many of our calls from lawyers come at the 11th hour only after a threat situation appears. In these cases, we can often assist in assessing the threat, advising on personal safety measures and de-escalation strategy, and assigning protection personnel if needed. But it’s often late in these situations to address matters related to the physical security of offices, which typically require design and planning time, budgeting, hardware installation and so forth.

How would someone know if they were at risk of being targeted for violence?

CG: First, any type of violent threat (direct, veiled, implied, etc.) should be taken seriously until it’s been properly assessed. Many perpetrators also express violent intent in the form of leakage — expression of violent intent to a third party. In today’s environment, leakage often takes the form of social media posts and statements made to friends and acquaintances.

Beyond threatening communications, there are other warning behaviors also worth noting.

There are also personality characteristics to be aware of. Although the presence of these traits by themselves doesn’t indicate a threat, they often amplify concern if other warning behaviors are witnessed. These include traits and conditions such as immersive fascination with violence, extreme narcissism, extreme job attachment, personal stressors, lack of conscience, anger problems, depression and suicidality, paranoia and psychosis, substance abuse and feelings of desperation (“no way out”).

Which threats should be ignored versus taken seriously (like from former clients or the opposing client)?

CG: This is an excellent question.

Forensic psychologist Frederick Calhoun (with co-author Stephen Weston) has a book titled “Identifying the Hunters and Howlers” specifically dedicated to this issue. Research by Calhoun suggests that “the hunters hunt, and the howlers howl.” In essence, the majority of direct threat behavior is “affective aggression” aimed at intimidation or as temporary expression of anger. And this opinion is also reinforced through research by the FBI, U.S. Secret Service and others. Nevertheless, some direct threats are real and should be treated as such until assessed through proper investigation.

In these cases, the person’s behavior after the threat is issued is important. Do they demonstrate signs of regret, empathy, embarrassment and willingness to remedy the situation? Or are they defensive, indignant or deceitful when questioned later?

Do you recommend that lawyers take a self-defense course so they can fight off would-be attackers?

CG: We don’t discourage self-defense training — it often increases confidence and danger awareness while reducing irrational fear — but we don’t actively promote it either. Unless a person has the right mindset and is willing to commit substantial effort to their training, it is unlikely their defensive skills are going to be decisive in a lethal encounter. We do, however, often recommend training in personal awareness and danger avoidance.

What are your thoughts about lawyers carrying guns?

CG: Similar to the last answer: If someone already has firearms training and experience and it’s legally permissible, having a weapon can provide a defensive edge if the situation permits recognition of lethal danger before an attacker acts. But carrying a weapon should never be regarded as an alternative to danger avoidance.

Even in the executive protection profession, we strongly emphasize advance work and avoiding opportunities for attack over defensive reaction. Assailants usually have the advantage of surprise and defensive opportunity often disappears the moment an attack commences.

Under what circumstances would you recommend a lawyer invest in a bulletproof undershirt or a bulletproof plate for their briefcase?

CG: We usually don’t recommend bulletproof protection to our clients unless there is a confirmed threat to their safety. And if or when a threat rises to that level, I recommend they hire qualified protection professionals to address security concerns and free their attention to focus on the case without the pressure of personal fear.

Craig recommends taking these precautions to avoid being the victim of violence:

Thanks for the Valuable Recommendations

Thanks to Craig Gundry for sharing so much helpful information, especially the value and importance of allowing our clients as well as the opposing client and counsel to maintain their dignity, even in an adversarial situation. His knowledge and recommendations will help people avoid becoming the victims of a violent crime and know when it’s time to call in a professional like Craig.

Targeting an Industry Niche
John Tolley: How to Be a Top Trial Lawyer in Your Niche