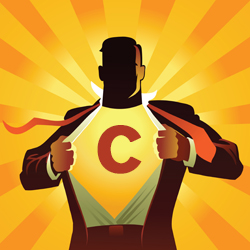 Creating Confidence in a Time of Stress

Recently I underwent a diagnostic medical test that I knew was going to cause me a great deal of anxiety. In addition, I had to arrive at the medical facility at 7 a.m., couldn’t have a cup of coffee in advance and had been told that I was unlikely to be able to leave before 11 a.m. I had never met the doctor who would perform the procedure, and as time wore on that morning, it appeared that I would not meet him before being wheeled into the operating room.

Was I stressed? You bet.

The operating room bore some resemblance to how I imagine a gladiator ring in ancient Rome must have looked. A fairly large round room, very brightly lit, with equipment encircling the perimeter, a number of additional staff suited and masked for the occasion lined up to play their supporting roles. I was told we were waiting for the doctor. When I asked where he was, someone joked that he might be in an adjoining state.

He arrived. And that was when the magic happened. He greeted me kindly and warmly, shook my hand, asked me a few questions and acknowledged the rest of the staff in the room. He then explained quickly but in detail what the procedure was to entail. The explanation included sedation, what I was likely to feel (and not feel) during the process, his long history of performing this test, his success in doing so, and how he wanted me to remain engaged during the process. The last step before beginning the procedure was for me to sign off on the permission to proceed. I couldn’t sign fast enough.

Afterward, I contemplated how he had managed in such a time of stress to allay my fears and instill in me the confidence that he not only knew what he was doing but that he would perform this task at the highest level of skill.

I also wondered how a lawyer could convey that same level of expertise at an initial and potentially crucial meeting with a client; particularly one dealing with an acute legal crisis. These are some of the ways in which he made that contact  work:

Providing legal services isn’t the same as performing a medical intervention. But if you have ever had a potential client call who is in a state of crisis — because someone filed a TRO against them, or a family member has been incarcerated, or a competitor has appeared to have stolen a key trade secret — it may seem to the client a lot like they are in the midst of a crisis that could decide the health of their business or their family.

Your ability to articulate your skills, prior experience and expertise at that initial meeting can go a long way to allay your client’s fears, and to help you develop both a rapport and a reputation for competence.

It isn’t just your words that count in a situation like this. This is a time to appear knowledgeable, decisive and confident. Pay attention to your choice of words, posture and body language. At the same time, you have to make sure that you don’t oversell the potential outcome. My doctor did not guarantee that he would produce the test result with no anomalies, or necessarily the results that I wanted. But he instilled in me a sense of confidence that he could perform the work and get the information that was needed.

That may be the best a client can expect.

Wendy Werner is a career coach and practice management consultant for lawyers and professional services firms at Werner Associates, LLC, as well as former Assistant Dean of Career Services at St. Louis University School of Law. She writes the Careers column for ABA Law Practice magazine, and is an award-winning photographer. Find her at Wendy@WendyWerner.com.

Tech Tips: Small, Powerful Ways to Use Your Data
The Law Firm Innovators Who Win the Game