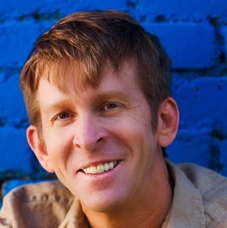 Who are these “enterprising lawyers”? Actually, they are easy to spot. Look for the happier, more engaged lawyers. Deeply invested in the power of the work they do for their clients, they have ample interests beyond the practice of law as well. And they seem to have more energy for getting things done than anyone in the crowd. You probably know an enterprising lawyer—you may even be one yourself! This month, we talk with solo appellate specialist Walter Sargent.

Why did you want to be a lawyer?

I don’t recall any lawyers in my life before law school, and I don’t recall having any particular conceptions about the day-to-day life of a lawyer. My interest was primarily in philosophy of law, or jurisprudence, focusing on the creation and application of a body of rules that order society. I can’t honestly say that I wanted to be a lawyer; I simply wanted to study law in the context of analytic philosophy, which was my real passion.

What is the focus of your law practice? How did that happen?
My practice focuses on civil appeals. After law school, I joined a large law firm and was assigned to the litigation department. I was uncomfortable with the open-ended nature of most trial court work, particularly discovery, and preferred the relatively bounded and cloistered practice of appeals. I didn’t actually know anyone who specialized in appeals, but I obtained books about appellate practice and found organizations of appellate practitioners through the American Bar Association. I became heavily involved in the ABA’s appellate practice programs and committees, met a lot of appellate judges and lawyers that I liked, and decided to try to establish a legal practice focused almost entirely on civil appeals. Eventually, informed by the experiences of others, I left the big law firm and set up a solo appellate practice.

What is the “real reason” clients hire you?
I get virtually all of my clients through referrals from other lawyers, who have come to be persuaded of the value of an appellate specialist. If you do a good job, word gets around.

Who was your most important mentor and, briefly, what did he or she teach you?
It’s difficult for me to identify a mentor. There have been people who taught me well or ignited certain intellectual passions—for example, Mr. Freeling, my sixth-grade English teacher, who taught me the logic of language; George Boolos, a wonderfully engaging logician at M.I.T., who sparked my interest in philosophy; and Larry Tribe, a constitutional law professor at Harvard, who showed me how to argue from precedent. But there have been many others who have given me opportunities when they didn’t have to, or have offered kind or wise words when I needed them. Those people are too important not to mention, but too numerous to list.

What about practicing law did you learn the hard way?
I’m still learning a lot of things the hard way—for example, how to value and look out for my own interests.

What is your favorite technology tool?
I am always impressed by a really good stapler.

What is your favorite non-technology tool?
A clear head.

How would you describe the location and décor of your office(s)?
My office is in my home. The decor is Spartan.

How did you come to practice in Colorado Springs? Has location played a role in how your career has played out?
When I was in my second year of law school, I found a runner’s guide to the U.S. that provided a brief overview of the running environment in various cities. Colorado Springs had the Olympic training center, lots of trails and an altitude above 6,000 feet, so I signed up for a law school interview with the only firm from Colorado Springs. In a totally unjustified leap of faith, they offered me a job.

I have no doubt that location has played a huge role in my career. A relatively small legal community can provide opportunities for one’s good work to get noticed, or to set up a practice that is different from anyone else’s in the community. It may, however, also limit opportunities to work on certain kinds of cases for certain types of clients. Like most things in life, there are tradeoffs. I don’t regret my choice.

Why would someone describe you as “enterprising”?
Someone might describe me as enterprising because I started my own appellate practice at a time when it was not at all clear that I could make a living in Colorado doing nothing but appellate work. But I don’t really think of myself as enterprising. I do what I need to do. I try not to screw up.

Where do you think the practice of law is going?
I’m not among those who think that the practice of law is going to change a lot in the next 10 or even 20 years. In certain respects, technology has already lowered barriers to entry and impediments to competition by lowering necessary costs of, for example, information, production, marketing, commuting and office space. Virtual law firms and alliances have become easier to set up. Clients are better able to find information about lawyers and law firms and make direct comparisons. These changes might suggest a more fluid legal market in which exceptional skill is highly rewarded and unexceptional services are commoditized. But based on my own observations of the past 20 years or so, I think the legal market is much “stickier” than that. Technology changes faster than organizations and cultures. In an institutional sense, the market for legal services is rather conservative and evolves slowly.

Where are you going?
I’m not sure. There are too many things that I haven’t done.

What are people most surprised to learn about you?
I suppose it depends on how they’ve come to know me. People who know me as an appellate lawyer may be surprised by my background as an athlete. Technical service personnel would be shocked to learn that I have a degree in computer science and engineering, since I’m generally overwhelmed by any technology more advanced than a pair of scissors. Most people are surprising, in all kinds of ways.

What word do you use altogether too often?
I don’t know. I try to mix ’em up.

What item do you use every single day that you could actually easily do without?
Either the newspaper or the remote control for my television. Lots of things happen every day, and I probably don’t need to know about most of them.

Where do you turn when things go really badly?
I turn to whoever is willing to listen. Sometimes, I call my parents.

What else (if anything) do you think our readers ought to know?
Most things aren’t worth fighting about.

In January 1996, Walter Sargent left the Colorado Springs office of a large Denver-based law firm to start his own solo practice focused entirely on appeals. (The move was unprecedented. A senior lawyer at the big firm told him he’d starve within the first six months.) Walter founded his new firm on the simple premise that there is a need for appellate specialists in Colorado, and that—freed from the encumbrances and constraints of a larger firm—a first-rate appellate practice can offer cost-effective services to a wide range of clients. Walter, a former chess champion and top distance runner (in 1988 he ran three official marathons in the span of 10 weeks, finishing each with a 2:20 or better), has been among the Colorado Super Lawyers since 2006. He lives and works from the Craftsman bungalow he shares with a cat named Alvin in the Old North End neighborhood of Colorado Springs.

If you’d like to suggest someone to profile, send information to merrilyn@attorneyatwork.com. 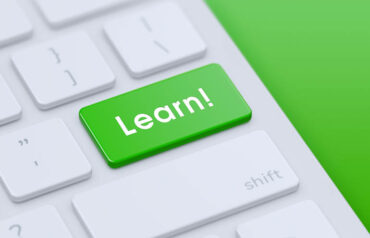