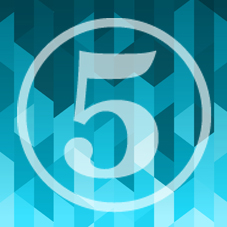 When he started his solo practice, Bryan Sims knew he wanted a paperless firm: “I didn’t want to pay for storage,” he recalls. At ABA TECHSHOW 2014, Sims said a change of attitude is the key to a paperless path: “The first step is to change your idea of what it is to work. Work isn’t generating paper, it’s generating documents. Nobody generates documents on a piece of paper anymore, and your work product is information you store on a computer — not on paper.”

That’s hard to argue with, eh? And there was plenty of other great advice at the conference on making the transition to paperless a lot less sticky for law offices. Whether you want to perfect your paperless workflow or simply be a more productive lawyer, these tips from ABA TECHSHOW can help you get more done — with less paper.

1. Stop printing things out! During their “Leveraging Technology for Practice Efficiency” program, Sims and co-presenter Victor Medina had plenty of no-nonsense tips for being a whole lot smarter about using technology (aka “stop sucking”). The biggest mistake they see lawyers make? Storing digital work product as paper. Like email. “Stop printing emails,” said Sims. “It’s a crime.” In addition, they said you want to invest in the right equipment (large, multiple monitors and a great scanner), and learn to use Adobe Acrobat and document assembly software like FileMaker (Mac) and The Form Tool (Windows). Document assembly is the greatest thing ever, said Sims. “Why draft the same thing over and over again?” added Medina. “That stinks.” It also increases your odds of getting things wrong.

2. A ScanSnap on every desk. If you’re going paperless, you don’t want your equipment to jam you up. The ScanSnap — especially the drool-worthy wireless Fujitsu ScanSnap iX500 — was the most-recommended scanner at TECHSHOW. Sims and Medina said there are at least three reasons they love the ScanSnap: It scans both sides at once; it scans directly to Word, Evernote (Mac version) and Excel (your spreadsheet data gets dumped directly into the right cells); and, best of all, it’s super easy to use. Tip: Medina says to scan at a high resolution (i.e., 600 dpi versus 300 dpi or 72 dpi) so that your images and documents are readable, even when you blow them up for large screens or presentations. Sure, higher resolution means larger file sizes, but storage is cheap, he says, and you can always “save as” and reduce the file size later. (The Paperless Chase blog has good information on the ScanSnap, here.)

3. PDFs are more than digital paper. “Paperless means practicing quickly, effectively and knowing how to use technology efficiently,” said Ernie Svenson, author of Adobe Acrobat in One Hour for Lawyers. At his “PDF Enlightenment” program, he encouraged the crowd to get comfortable using Adobe Acrobat and working with PDFs. “If you don’t, you’ll resort back to using paper.” Use the latest version of Acrobat (Version 11), and learn to add digital signatures, create fillable forms, produce PowerPoints (with embedded video!) and quickly review and comment on documents. There’s a free tip sheet with Acrobat shortcuts at PDF for Lawyers. In addition to the Adobe Reader app, favorite PDF apps noted at “60 Apps for iOS” are PDF PROvider, PDF Wordsmith, iAnnotate PDF and PDFpen Scan+.

4. Make the move to digital signatures. “Signatures are a high barrier to going paperless,” said Svenson. Think about it: How often do you draft a document on your computer, print it out so you can sign it — or have your client sign it — and then scan it back into your computer? Learn to add signatures electronically and avoid expending all that extra energy — and paper. In Acrobat, there are a few different ways to add signatures, using the Add Stamp tool, or Adobe’s EchoSign service, for example. In the free Adobe Reader app, you simply press down on your iPad screen with one finger to get a pop-up box where people can sign with a finger or stylus — and add a digital signature right on the PDF. Medina demonstrated the PDF editor app PDFpen, which he uses for capturing and storing digital signatures, storing them in the cloud so he can add them to PDFs any time.

5. Being “not lost” is not the same as being easily found. Before you replace your filing cabinets with shredding bins, you need a system — and protocols. At “You’ve Gone Paperless — What Now?” presenters Peggy Gruenke and Thomas Rowe said there are three steps to get right: Make sure everything gets scanned, make sure you put stuff in the right place, and make sure it’s easy to retrieve. It’s that third step that can shut you down. “Misplacing files is as bad as not scanning them at all,” said Gruenke. If you are a one- or two-person firm, a manual system might work — for a while — but it’s hard to leverage. “At a certain point, manual systems fall apart and some sort of automated document management system is mandatory.” A good DMS, for example, Worldox or NetDocuments, forces you to fill out a document profile that captures key information and, best of all, takes care of storing files for you. Trouble getting users on board? There’s nothing like the sound of a shredder, said Rowe, to drive home the importance of properly storing your electronic files.

Here are a few more random tips for saving and finding documents:

Since the dawn of the iPad, there’s been one big fat fly in the ointment of creating and editing Word documents on the iPad: No Microsoft Office app. Despite some fine workarounds, the lack of Word has frustrated many a lawyer’s dream of a seamless mobile workflow. Last week all that changed with the release of the Microsoft Word for iPad app. Now you can view the Word docs that are emailed to you on your iPad — and preserve the formatting. Early reports from TECHSHOW’s “60 Apps for iOS” panelists were enthusiastic. (Panelist Jeff Richardson did an early review on iPhone JD. Jeff Taylor reviewed the Android app on Droid Lawyer this week, too.) The one big complaint, ironically, was there’s no option to print from the app. With the free version, you can view Microsoft documents; if you purchase a $100 annual subscription to Office 365, you can edit and save your files, too.

Joan Feldman is Partner/Editorial at Attorney at Work, and a Fellow of the College of Law Practice Management. Follow her on Twitter @joanhfeldman. 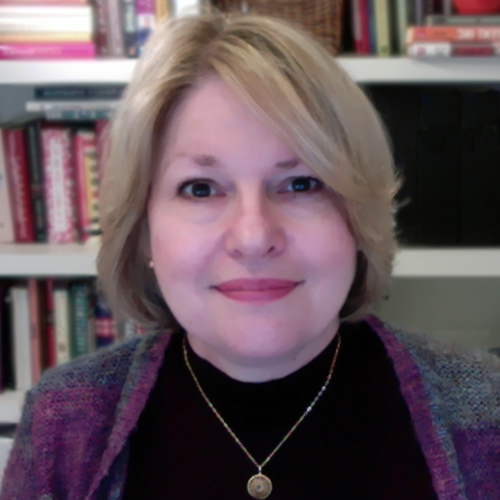