Who Needs to Know I Got Sanctioned?

Suffering through a disciplinary proceeding is bad enough, but when it’s done and the sanction has been issued, the experience isn’t over. You must report the sanction anywhere else you are admitted to practice.

Who Must You Tell? Mandatory Reporting

State bars, government agencies and federal courts that require you to be admitted to practice before them also require you to notify them if any other bar, agency or court has issued a sanction against you. The reporting obligation will be found in the rules governing the practice of lawyers before the particular entity.

For example, the U.S. Patent and Trademark Office requires reporting under 37 C.F.R. Section 11.24(a); U.S. District Courts typically put their rule in the court’s local rules. Colorado’s is Attorney Local Rule 4, the Eastern and Southern Districts of New York have it in Local Rule 1.5(h); California requires reporting under a statute regulating the practice of law — Business & Professions Code Section 6068(o); Illinois puts the self-reporting requirement directly in its Rules of Professional Conduct — Rule 8.3(d), a variation on ABA Model Rule 8.3.

While the location of the self-reporting rule varies, the concept remains the same: If you have been subject to disciplinary action, you must report it to any other state bar, agency or federal court where you are admitted to practice.

What Must Be Reported?

Knowing you must report is relative simple, but knowing what must be reported is another matter. Disbarment and suspensions must obviously be reported, as they are most certainly “sanction” or “discipline” from another jurisdiction. What about private reprovals, or letters of warning, or other lesser sanctions imposed by some regulators?

If you are not sure it needs to be reported, report it. You will be in less trouble for reporting something extra than you will for failing to report something mandatory.

If you have been subject to a relatively minor sanction, check with any regulator to whom you might have to report and get guidance. Some will have specific, detailed rules, and others will be able to give you verbal guidance.

What Happens When You Report?

While each regulator has its own procedures, generally the office responsible for attorney discipline will open its own investigation to determine whether you should also be sanctioned in that jurisdiction. This is called a reciprocal discipline matter.

Your sanction in the original jurisdiction generally stands as conclusive evidence of culpability, meaning the second jurisdiction merely determines the appropriate level of discipline. However, the first jurisdiction’s finding is not necessarily the last chance to challenge the merits.

Most regulators have a provision for re-arguing the merits if you can show there was a lack of due process in some form in the original jurisdiction. Expect to have a high standard imposed, but this is a possible avenue of attack.

Another possible way to avoid a culpability finding is to demonstrate that the underlying conduct would not amount to a violation of the rules in the second jurisdiction. This would be the result of a rule in the first jurisdiction not being the same in the second. For example, in California it is permissible to put advanced legal fees in the general operating account, while in most other states it would be a violation to do so. If you were sanctioned in one state for violating this rule, you could argue in California that you should not be subject to reciprocal discipline because the conduct would not be a violation of a California rule.

Once culpability is established, the second jurisdiction determines a sanction. The regulator will likely take into account the sanction imposed in the first jurisdiction, plus its own standards for discipline. It will also consider whether you reported your sanction in a timely way and cooperated in the subsequent investigation.

Much as finishing up the original disciplinary matter will feel like the end of a stressful marathon, do not delay in taking care of all mandatory reporting. Get it done quickly and you will minimize the overall time during which you are subject to sanctions.

Put Something Paperless in the Holiday Post
Best Collaboration Tool? It All Depends 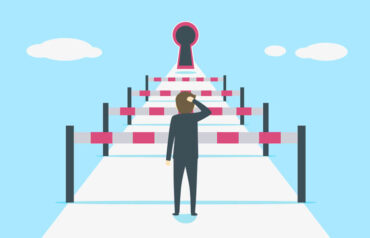