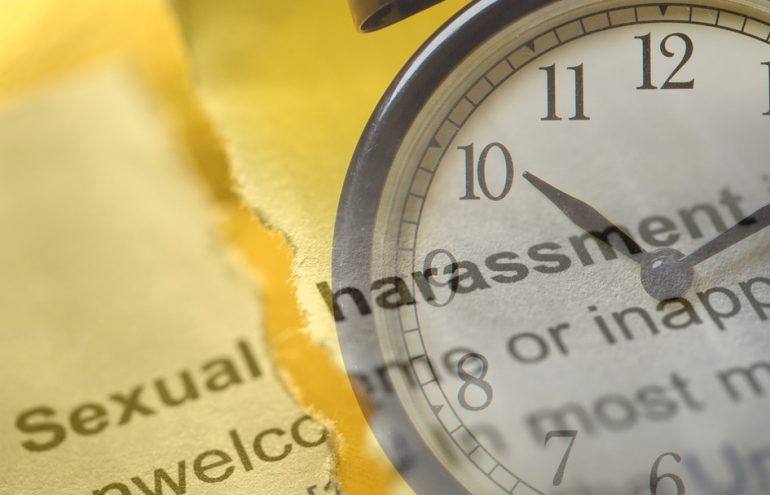 No Immunity: Sexual Harassment and the Legal Industry

As members of a conservative industry that — literally — wrote the rule book on sexual harassment, law firms need to be ready for a day of reckoning that seems inescapable.

Right now, the focus is still largely on Hollywood, mass media, Wall Street, Silicon Valley and politics … all professional arenas historically known to operate by their own set of rules that have been at equal turns brushed off as socially acceptable, emboldened after career-ending threats kept censure at bay, and vigorously defended in a courtroom. But the shakiness of this dynamic is that the lawyer standing beside every Steve Wynn, Kevin Spacey, Matt Lauer, Gavin Baker, Travis Kalanick or Al Franken is most likely operating from his or her own “house of cards.”

The sad fact is that no industry has ever been immune from sexual harassment issues. For legal professionals, the rumor mill suggests an accuser typically doesn’t survive an accusation when the accused is a rainmaker. More commonly, the alleged victim is offered a settlement in exchange for signing a non-disclosure agreement and leaving quietly. Or, tragically, victims decide to suffer in silence when faced with choices that for personal or professional reasons might — in perception or reality — prove debilitating.

Given the momentum of the #MeToo movement, it would be wise to assume the days when either scenario exists are numbered. But law firm rainmakers are still seen as unicorns: rare and highly revered for their seemingly magical powers to win and retain business. Their efforts don’t just feed their pride and their pockets; they support an entire — albeit fragile — ecosystem. Practices, budgets, hiring decisions, satellite offices and firm reputations are built around these individuals. There is seldom an immediately feasible or fiscally comparative Plan B.

So, in the age of social media when one tweet — re-tweeted exponentially — often sees people convicted in the court of public opinion before facing charges in a court of law, today’s environment looks grim for both the accuser and the accused, as well as for the rest of those who exist in their orbit. Is it possible — is it appropriate — for your firm to prepare itself by striking a respectable balance between creating a safe space for people to bravely come forward and executing a thorough investigation into allegations, while at the same time protecting its present and future business for the employees and clients not immediately involved in the situation? Are you prepared for when a client refuses to continue working with your firm because of a situation? What happens if a client is involved? What happens if the allegations are levied by someone at your partner’s old firm?

A firm’s culture is central to how it both avoids negative situations and handles them when they arise. Whisper campaigns that warn against being alone in the room with Employee X or that enable behavior by suggesting “that’s just how Employee Y is” are often open secrets. Personnel files might prove to contain multiple infractions, both past and present, that were “dealt with” through a slap on the wrist, the suggestion (but no enforcement) of counseling, or a simple “don’t do that again.” Forced social interactions to build relationships and a book of business can provide ready-made opportunities for potential misconduct.

But these examples are within the firm itself. Add in the tradition of wining and dining clients to win business, coupled with the pressure to keep it, and there would be few in the legal industry who couldn’t tell stories of when the line for “acceptable” behavior was crossed.

Instituting a zero-tolerance policy for inappropriate conduct — and clearly defining what that means — is a start. Requiring regular harassment training for all employees is another critical step in the right direction, as is ensuring that those responsible for human resources are adequately trained to receive and process complaints. It’s also important to know when to involve an independent resource, such as an anonymous hotline or outside investigator, to guarantee situations are handled without perceived or real bias. But all the preventative measures in the world aren’t guaranteed to stop every future infraction, and they certainly can’t go back in time and erase infractions of the past.

It would be foolish to discount the consistent proof that power and position are no match for social media, which immediately amplifies every thought, action and reaction for any person at any time in any place. Law firms must have a strategic communication plan in place that outlines how to execute the rapid release of reliable information to both internal and external audiences. It needs to include a method to receive questions, an anticipated schedule for when information will be released, and a statement about established policies. Failing to respond swiftly with credible facts and appropriate sentiment almost guarantees an irretrievable loss of message control, setting off a chain of events that could sink an entire firm and displace a workforce, the majority of which will have had no knowledge or participation in the situation that ended their current employment.

Transparency on Every Level

It might be cliché, but we truly are living in unprecedented times. Those who authored, defend and prosecute under today’s rules of conduct are undoubtedly looking at their own behavior, as well as the behavior of those around them, thinking “Who’s next?” Indeed, the current landscape now makes it imperative for firms to strengthen their policies and reaffirm their lack of tolerance for anything that does not enhance the lives of their staff or provide a stable, trusted environment for client work to flourish.

Smart firms understand that it all starts with having a plan to encourage communication and transparency — on every level.

John Hellerman is the President of Hellerman Communications, an award-winning corporate communications agency positioning professionals to win business and navigate crises. John is a Fellow of the College of Law Practice Management, was recently recognized in The National Law Journal’s inaugural list of “50 Business of Law Trailblazers & Pioneers” and was named Agency Executive of the Year by PR News. Follow him @jhellerman

Flight Restriction: How Law Firms and the TSA Struggle with Security
Five Ways to Stay Healthy During Flu Season 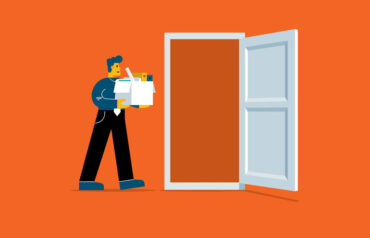