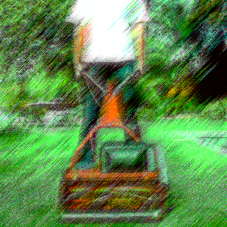 The Best Pricing Advice I Ever Received

So it was the summer of 1983, and I had reached that particular stage of adolescence when your parents have finally managed, after a long succession of hints, to get across the idea that this would be a good time to secure gainful summer employment.

And so off I went to the local employment office to check out the job board, and it turned out that when you’re 15 years old, there’s actually not a whole lot you’re qualified to do, which always comes as a mild surprise to your burgeoning teenage ego.

For people of my age and utter lack of qualifications, however, there was the “Odd Job Squad,” which allowed you to paint fences or rake leaves or weed gardens or do some other task where you can’t break anything that can’t be inexpensively replaced.

And in my case that turned out to be mowing lawns, so I signed up and got sent out to my first job, which was to mow the lawn of an aging couple living in a tidy bungalow that was at the edge of town when they first bought it but that to their probable dismay was now thoroughly suburban.

And they had one of those push-mowers that ran solely on the user’s effort, and after a solid 45 minutes of serious labor (during which I mistakenly ripped out and threw away what I later realized was a series of tulip bulbs), I knocked on the door to receive payment.

And the older gentleman at the door asked me, “How much is that?”, and I realized with a sudden shock of apprehension that I had no idea, because no one at the employment office had suggested rates or fees, and what did I know about the market for mowing lawns?

And he fixed me with a look that can only be delivered down a two-generation staircase, and he said:

“I can’t be buyer and seller both.”

I don’t think I’ve ever received better advice about pricing than that. The seller’s job is to know how much his or her services are worth, and the buyer’s job is to decide, after as much or as little negotiation as desired, whether that price matches the value of the service to the buyer. The homeowner was the buyer — it wasn’t his job to set price. I was the seller, and I should’ve told him my price before I placed a hand on the mower.

Identifying the buyer in any business relationship is easy: he’s the one who’s forking over the cash. The buyer can’t be expected to set the price. The buyer can decide whether or not the seller’s price is acceptable — he can negotiate or walk away or whatever. But the price starts with the seller — she’s got to know what it’s worth to her to fill the need presented by the customer.

In legal services, who’s the buyer? Easy: the client. He’s the one forking over the cash. He doesn’t set the price — in fact, he can’t: what client can say how much a valid last will and testament is worth, or custody of a child, or a dismissal of charges? That’s why clients generally lay out their need and then ask, “How much will that be?”

Similarly, when a law firm asks me to speak to their lawyers, after they lay out the speaking engagement need they want filled, they ask, “How much will that be?” I don’t respond, “Well, how much is it worth to you?” Once I’ve asked all the questions I need to ask and determined the exact scope of the engagement, I’ll say, “This is the fee,” which means, “This is what it’s worth for me to fill this opportunity.” And the firm decides, “Is this what it’s worth to our firm to have this need met?”

Know what your time and effort and experience and ingenuity are worth before you think about setting price, and if you want to negotiate that price up or down depending on the conversation with the buyer, that’s fine, because price is ultimately a conversation about value and opportunity between buyer and seller and it rarely ends up at the same destination twice.

But remember that the responsibility with which you enter that conversation is to know what you’re worth, because if you let the buyer decide that, you will always end up underselling your services. Or almost always.

“Five dollars?” I hazarded, and he opened his wallet and pulled out a five and thanked me for my work, and if I could go back and find him now, I’d thank him for giving me far greater value that day than I could ever have returned in kind. Not just for the advice, but also because I really wasn’t very good at mowing lawns, and five bucks was generous.

Getting the Fee You Deserve by Bob Denney
Addressing Pricing Questions by Sally Schmidt
Asked to Cut Your Fees? Now What? by Susan Hackett
Make What You’re Worth: Utility of the Fee Schedule by Jared Correia
Good Lawyers Talk Money With Their Clients by Sally Schmidt

Jordan Furlong is a leading analyst of the global legal market and forecaster of its future development. A writer and consultant, he helps lawyers and law firms navigate the extraordinary changes in the legal marketplace. His book, “Evolutionary Road: A Strategic Guide to Your Law Firm’s Future” is available in the Attorney at Work bookstore. Read his blog Law21 and watch for his new book, “Law is a Buyer’s Market: Building a Client-First Law Firm in a Brand New Legal World.” Follow Jordon @Jordan_Law21. 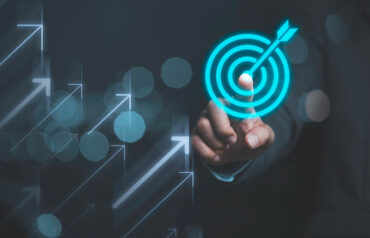