First off, let’s just say that you really shouldn’t even be reading this today, for goodness sake! While we’re always thrilled to see you, over here in Attorney at Work land we’re getting ready for Thanksgiving! You know … packing up the family to make our way over the river and through the woods, running out to pick up the turkey and the pies … and mostly fantasizing about that nice long nap we’re due for this Friday.

But, you’re here now. So we can only assume you’re looking for more good ideas. Well, you’re in luck, because today we’re bringing you some of our best ideas.

Attorney at Work’s readers are a discerning bunch—just any old idea isn’t going to get you going. So you can be certain that when we put together a “best of” list, it’s bound to be good.

1. Your Business Development Marching Orders by Merrilyn Astin Tarlton
So you passed the bar. Congratulations! Now you are a real lawyer. After the pain and torment of law school and the nerve-jangling business of studying for the bar, you’d think this would be a good time to relax and regroup—and ease slowly into your new career. Yes, that would be nice. But it’s not recommended. Because once you have that job (and aren’t you lucky)—whether as an associate in a sizable firm, as the new guy at the three-lawyer practice over on Main, or as a solo practitioner—there are things to be done now to lay the groundwork for a successful practice later on. Marketing things … more

2. Don’t be Late to the Google+ Party by Steve Matthews
Google+, the search engine’s recent entry in the social networking sphere, is set to make a big impact on the legal-web ecosystem. You would be wise to jump ahead of the curve and begin testing now, rather than wait to see how things pan out. Why? Because this time it’s different. This isn’t Google Buzz, Google Wave or Google’s other social network, Orkut, which remains popular in Brazil. And it’s not just Google trying to compete with Facebook or Twitter, as some have speculated. This is an all-out offensive push by Google … more

3. Law Practice Management Software: A Holistic Remedy by Jared Correia
A law practice management software system can be the principal organizing feature of your law firm, a full-scale repository and collaboration tool and a hedge against malpractice. But, with so many options available, how do you choose the one that’s right for you? There are a number of law practice management software options available to attorneys. Most of these systems share some common features … more

4. Using IPads in Meetings by Tom Mighell
One of the things every lawyer does on a regular basis is attend meetings, and the iPad is a fantastic tool for engaging your meeting attendees. First, unless your meeting is really small, you’ll want to display your iPad through a projector. Buy the Apple VGA Adapter ($29), connect it to the projector and you’re ready to go. A word of warning, however; although you should be able to view all apps on a projector, not all of the apps I have used display correctly (or at all) when my iPad is connected. Test out your apps before your meeting to avoid any delays (or embarrassment)… more

5. The Best Pricing Advice Ever by Jordan Furlong
So it was the summer of 1983 and I had reached that particular stage of adolescence when your parents have finally managed, after a long succession of hints, to get across the idea that this would be a good time to secure gainful summer employment. Off I went to the local employment office to check out the job board. It turned out that when you’re 15 years old,  there’s not a whole lot you’re qualified to do (which always comes as a mild surprise to the burgeoning teenage ego). However, for people of my age and utter lack of qualifications, there was the “Odd Job Squad,” which allowed you to paint fences or rake leaves or do some other task where you couldn’t break anything that couldn’t be inexpensively replaced. In my case, that turned out to be mowing lawns … more 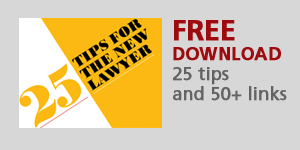 Celebrate with the Curmudgeon
Package Yourself as a Quotable Expert 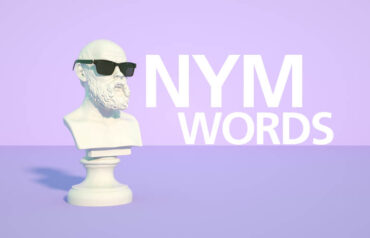 How to Avoid Getting Hooked by Phishing Scams March 28, 2019