Blockchain is one of the hottest business buzzwords of the past year. Many associate it with cryptocurrencies, thanks to the explosion of bitcoin and its counterparts. However, blockchain has far broader implications that affect businesses across all industries — and the law is no exception.

Lawyers who want to remain competitive in the modern business world need to develop an understanding of what blockchain is, how it works and its impact on business.

You can think of blockchain as a series of information blocks linked together cryptographically. At its core, blockchain is:

Not all blockchains are created equal. The nature of a given blockchain is defined by its chain code. There are three basic kinds:

The Blockchain in Action 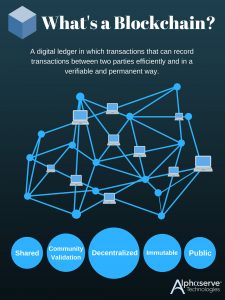 Blockchain operates via blocks of transactions linked together by cryptographic hashes. Each user in a blockchain network is called a node, and each node distributes transactional information around the network. Nodes exist in two types — full and lightweight. Full nodes house the blockchain’s entire history and enforce its rules, while lightweight nodes connect to the full nodes to read existing transactions or distribute new ones. Smartphone apps are a common kind of lightweight node.

Certain full nodes known as “miners” process the blockchain information, validating transactions and incorporating them into blocks. Miners follow the blockchain’s designated proof of work model (which will vary from blockchain to blockchain) to validate the transactions. Typically, the proof of work is a cryptographic puzzle that the miner must solve before broadcasting to all the nodes for consensus in order to confirm a transaction.

Public blockchains feature complete transparency. Changes to the distributed ledger are visible to everyone. (This may not be the case with hybrid and private blockchains.) Furthermore, once a transaction is recorded in the ledger, it cannot be altered or deleted. This combination of transparency and immutability makes nefarious acts like theft and records manipulation exceedingly difficult. Every block of data is traced back to the genesis block and tied to subsequent blocks by cryptographic hashes. A change to a single hash would render all the previous blocks useless. Therefore, altering a transaction requires the nearly impossible task of changing all hashes back through all linked blocks, making the data immutable and the transactions extremely secure.

Transactions involve only the two nodes of the interested parties, eliminating third-party intermediaries and the associated potential for things like corruption and financial risks. Decentralization of the blockchain database makes this possible because transactions exist on a single shared ledger, rather than multiple ledgers managed by institutions.

Why should lawyers care about blockchain? Blockchain transactions offer levels of transparency and security that surpass those of traditional transactions. With the rise of initial coin offerings and crypto-assets, and of various rules governing initial coin offering (ICO) sales, law firms are building crypto legal services departments. Apart from this, law firms must establish identity in blockchains mainly governed by their clients to accommodate those who wish to pay in crypto-assets. Not only may smart contracts be the way of the future with respect to how law firms can get paid, but smart contract legal guidance could be another area of revenue generation. 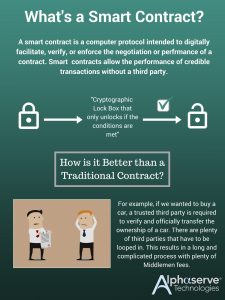 Blockchain has found its way into nearly every industry, increasing the likelihood that law firms and in-house counsel will encounter it in their daily work. Smart contracts, which operate via blockchain, are gaining popularity. They’re written in computer code that allows them to be automatically verified, executed and self-enforced. Financial services are also turning to blockchain to transfer currencies and settle commercial transactions.

Blockchain plays a large role in identity management because blockchain-based identification systems incorporate digital signatures that are unique, secure, irrefutable and nearly impossible to duplicate, unlike passwords stored in centralized databases that are vulnerable to identity theft. This also has great potential for authenticating digital voting systems.

Other common areas where blockchain is gaining steam include health care and medical records, music, car leasing and rentals and property deeds.

Blockchain practice areas could range from representing or collaborating with chain code vendors, application vendors, and compliance vendors, to legal work on ICO and crypto-assets. All of these will help establish a new ecosystem of partners and vendors in which trust is the common fabric.

Blockchain Is the Future

While blockchain may be years away from entering the mainstream of law practice, its uses are only going to expand as time goes on. All three types of blockchain will continue to coexist as public acceptance grows and regulatory questions are addressed. Beyond business uses, blockchain-based applications will increasingly permeate everyday life.

Blockchain is the future, and it’s crucial that lawyers understand it now to best serve their clients going forward.

Arup Das is CEO of Alphaserve Technologies. He is an expert in institutional level technology governance and operational risk management standards that are prevalent in hedge funds, private equity funds, venture capital funds and global law firms. Mr. Das holds an MBA from Cornell University and sits on its Board of Entrepreneurship; he also has a Masters degree in Computer Engineering from the State University of New York at Stony Brook and a Masters in Analytics from Villanova University where he is an advisor for their Center of Business Intelligence.

Arup Das is CEO of Alphaserve Technologies (@AlphaserveIT). He is an expert in institutional-level technology governance and operational risk management standards that are prevalent in hedge funds, private equity funds, venture capital funds and global law firms. Arup regularly writes and speaks on topics related to digital transformation. In 2018, he received the International Legal Technology Association’s Thought Leader of the Year award for his expertise and commitment to sharing his knowledge and insights about critical technologies and trends, including artificial intelligence.

Should Lawyers Consider a Side Hustle? June 5, 2022

How to Name Your Law Firm and Protect It With a Trademark May 28, 2022