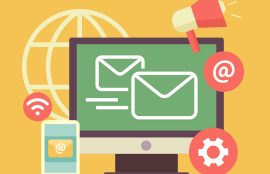 Silencing Email Read Receipts: Why You Don’t Always Get What You Want

Back in the day when I was a young and naive pup, I didn’t pay much attention to how my email was set up. I’d sometimes be surprised by a little pop-up that accompanied an email I'd just opened in Microsoft Outlook, asking me to please confirm ... 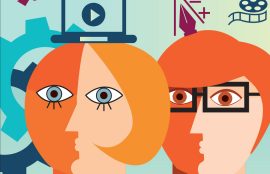 In her latest “Power User” series, Vivian Manning has been showing how to use Microsoft Word Styles to produce documents much more efficiently. In her last column, she showed how Heading Styles can be used to structure and even reorganize ...

In this "Power User" series, Vivian Manning has been teaching us the ins and outs of Microsoft Word Styles — helping us understand Vivian Manning - November 4, 2014

For Better or Worse: Customizing Styles in Microsoft Word

In last month’s column, "Stylin’ It in Microsoft Word," I showed how using Word's default Styles to format documents can make your life much easier — and urged you to "leave ’em as Microsoft set ’em." Still, I had a few requests from readers who ...

Stylin’ It in Microsoft Word

Do you ever wish you could just open your closet in the morning and pull out an entire coordinated outfit? Imagine deciding to dress "business casual," and reaching in to retrieve a hanger holding a complete outfit — from neatly creased khakis, ...

I recently read an article, Why old school attitudes to technology are hitting ...

Where, Oh, Where Has My Email Gone?

We are so used to instant gratification when it comes to communication — instant messaging, texting, all-access all-the-time smartphones. We can’t even get away from it when we travel, especially now that more and more flights are Internet ...

Before a new airplane rolls off the production line and is put into service, it undergoes exhaustive inspections until it’s certified as completely airworthy. Even more inspections take place before and after every single flight takes off, for ...

The firm I work in is Windows-based, just like the vast majority of North American law firms. When our firm upgraded from Windows 98 to Windows XP, I became a much less grumpy techie. Windows XP delivered the holy grail of computing for me — ...

As Outlook has matured, so has its Junk Mail filter — it’s getting better and better at recognizing what’s good and wanted, and what’s bad and not. You’ll seldom find "good" mail in your Outlook Junk Mail folder, and the filter rarely lets spam ...