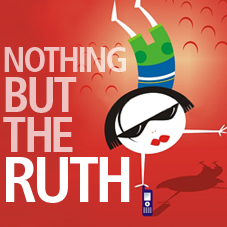 Talk of New Year’s resolutions has inspired me to think about lawyer stereotypes and what we should be doing to combat them. If the legal industry had a resolution, I hope it would be to work on its image problem.

In my experience, when people hear the word “lawyer,” they think “stuffy, boring, conservative, narcissistic, ambulance-chasing jerk.” For some lawyers, the depiction is completely accurate. Unfortunately, their bad reputation has spread to all of us who practice law. Most of the lawyers I’ve met — and all the ones I associate with and refer work to — don’t fit that description. And for the record, I don’t either. Having to constantly fight the stereotype is annoying.

Wouldn’t it be great if people could easily separate the “good guys” from the “bad guys,” just like comic book characters? The good lawyers have integrity, care about client service and want to use their expertise to help people fix problems. Yes, they may be as expensive as the bad guys (or more expensive), but sometimes you have to pay for quality.

If you think about it, in lots of ways, the good-guy lawyers are like Batman: intelligent, with strong research skills, enough money to buy the latest gadgets and a genuine desire to help people. We don’t have magical powers, and we can’t make things go our way with a snap of our fingers. We’re also not self-serving (well, no more than anyone else) and don’t see other people as objects to use to get ahead.

In my wacky little world, good-guy lawyers would adopt the practice of hanging a cape behind their office door, alongside their backup blazers. That way, prospective clients and others could see exactly who they were dealing with. Of course, good guys wouldn’t be allowed to get their own capes — they would be given out by other good guys in the legal profession. Likewise, capes could be taken away if good guys were to go to the dark side and turn into jerks. (If capes aren’t your thing, I’d also support the use of green light sabers.)

Even if we don’t get capes or light sabers, I’d love to see the profession do some damage control on its image. We should be highlighting what’s progressive in the field of law and the good that lawyers do for their communities — in and out of the courtroom. We should also do more to reward lawyers whose hearts are in the right place, and to discourage arrogance and disrespectful behavior throughout the industry.

Our mantra for 2015 should be: “Be a legal badass without being an asshole.”

Ruth Carter is a lawyer, writer and speaker. Her law practice, The Carter Law Firm, focuses on intellectual property, social media, First Amendment and flash mob law. Ruth is the author of the ABA book “The Legal Side of Blogging for Lawyers,” as well as “Flash Mob Law: The Legal Side of Planning and Participating in Pillow Fights, No Pants Rides, and Other Shenanigans.” Follow her on Twitter @rbcarter.

How to Give Feedback
Experiment Your Way to Legal Marketing Success 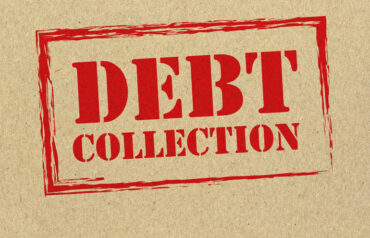