God and Taxes: Controlling the Conversation

It may surprise some to know that I hold some very strong opinions. One of the burdens of having strong opinions is knowing when to share and when not to. Really, is it conceivable that others would not want to hear the wisdom dripping from our lips?

Recently, I heard a row coming from the break room and discovered two newish partners embroiled in a heated argument. A crowd was gathering, so I intervened and called the two men to my office. Once the door was closed, I unloaded on them for their intolerably unprofessional behavior and lack of discipline.

As attorneys, we are trained to be critical, think critically and argue effectively. That can make us effective in our work, but when coupled with a “smarter than everyone else” attitude, it is not necessarily a positive social attribute.

It’s Not Just the Times

These days (says the old guy), it seems there is a lot more polarization on issues. Maybe in the old days we just didn’t see the rifts so cleanly, or maybe people really were more willing to listen to the other side. In debate classes, I remember arriving without knowing which side I would argue. Today, I rarely find anyone willing to hear, much less credit, their opposition.

Conversation is healthy, but strident attacks and lack of empathy undermine any middle ground. Climate change, racism, sexism, gay marriage, legalization of marijuana, immigration, terrorists, health care and so on, ad infinitum. So often, we don’t discuss and debate, but misconstrue and denigrate those who don’t agree with us. Once started, the attacks seem to escalate beyond any control.

Attorneys certainly contribute to this; our “win at all costs” attitude often subverts the very law we ascribe to. It is no wonder that much of the public has little respect for the law and considers it flawed, leading to a general lack of confidence in the players, the process and the results.

A Good Talking To

So, given my inclination to call them idiots, dunderheads and fools, what did I say to those two arguing partners? (I confess, I did call them dunderheads, which one of them had to look up later.) Here’s the gist:

1. Play it safe. Stay away from controversial topics unless you can control yourself and the conversation. Tread lightly or not at all around religion, politics (large and small “p”), race and sex. (Okay, that leaves sports, kids and work. Pretty boring.)

2. Know who you are talking to. In the office, you must be careful not to abuse your position should you find yourself in such discussions. Are you trying to bully an employee into agreeing with your politics? Some people can hold a reasonable conversation about controversial topics, even if they disagree with you. But you know who to avoid having that conversation with. So beware.

3. If you have to have the discussion, be willing to listen. Attorneys are famous for only hearing part of their opponent’s message, spending important listening time developing their counterarguments and rebuttal. Communication consists of one person sending the message, the other receiving it, acknowledging it and responding. The second person does the same and the cycle continues. If you’re not willing to listen and hear, don’t engage.

4. Pick the appropriate time and place. Maybe the break room isn’t the right place? Having an office may make it easier. How about the dining room table — is your family interested in the discussion as well? Do you want to take the chance of ruining lunch with a friend just to make a point?

I once lost a friend when he got an issue we disagreed about between his teeth and could not let it go. I tried to be neutral, apparently unsuccessfully, as he continued to berate anyone who couldn’t agree with his view, including me. Most of us don’t have so many friends that we can afford to lose them lightly. I know I didn’t then, and don’t now.

There are many important issues out there that need to be discussed, dissected, understood and resolved. But we need to find the right venue, the right time and the right people to have that discussion with, in a civil way. Otherwise, how will we ever resolve our differences? 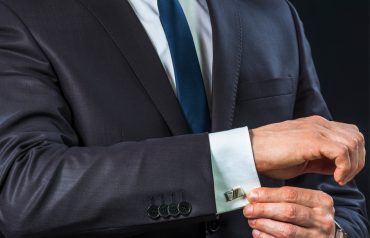 Tips for the Well-Dressed (Male) Lawyer

Every new parent knows there are far more clothing options for baby girls than for baby boys. While selections have improved, it can still be a struggle to find outfits for the little gents that ...

Succeeding in the Business of Law: 5 Rules Every Lawyer Should Live By September 23, 2022