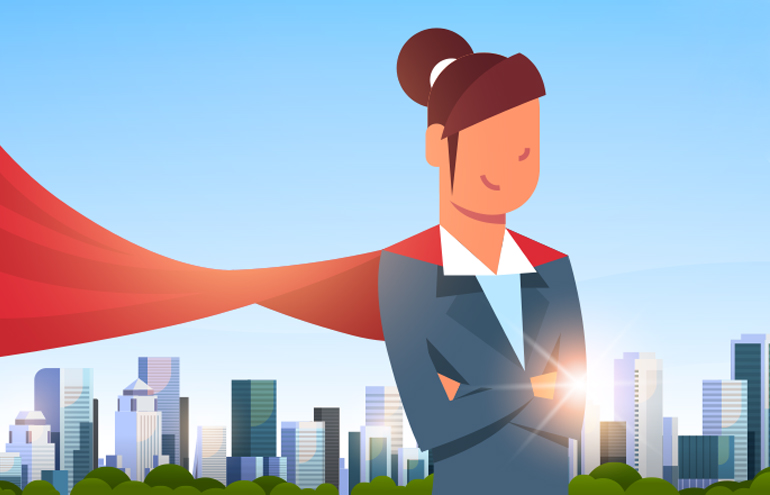 Growing Girls: Opening Our Professional World to the Next Generation

Starting about three years ago, I have made law conferences a regular part of my annual schedule. When I go, it’s usually with colleagues or alone, and my large family stays behind.

Have you ever taken your family to one of your legal conferences? Maybe not. Even if you have, did you bring any of your children to the sessions? Probably not. After all, why would your kids want to sit and listen to a bunch of lawyers talk about lawyer stuff?

In March, I took the risk of bringing two of my children to an event where I would be speaking: The Tennessee Lawyers Association for Women (TLAW) Empowerment Conference. It may not be traditional, but it was an outside-the-box experience that will pay dividends for two special attendees — and may have made an impact on the adults around them as well.

The TLAW Empowerment Conference was unlike any other conference I have attended, and not just because there were only two men in the room. The conference focused on obliterating the limiting beliefs of the attendees. And it was a super safe and encouraging environment dedicated to women.

I had the privilege of speaking with Erin Gerstenzang of EHG Law Firm at two sessions. For the first, “Women Designing the Law Firm of the Future,” we profiled some women (many of whom we have gotten to know over the years) who are pushing traditional notions of law practice aside and practicing in really forward-looking ways. These women are taking on challenges like:

They are trailblazers in the staid world of law.

At the second session, a workshop on “Women Mentoring Women,” we highlighted ways women can help one another grow. We also pushed our audience to be creative in establishing and maintaining professional relationships. This workshop was fantastic, and we really tried to bring women together to see how they can help one another achieve new heights.

Women’s Issues and Growing the Next Generation

Two of my children are girls, ages 10 and 12. I feel I have a significant responsibility in shaping their view of the world — including their view of their own gender and what they can achieve. I was their age in the late 1980s, and while I don’t remember being told I could not follow a particular career path or do a certain thing because I was a girl, I am certain I was aware of that attitude. There is no doubt I was affected by it to some extent.

The Empowerment Conference was in Nashville, which is driving distance from our home. My husband suggested we all go for a couple of days, and it was a great idea. He worked one day while I took the kids to tourist attractions, and then I spoke on the second day while he took care of the family. My daughters could have stayed behind to play with their dad and brothers rather than come to the conference, but what better venue to introduce them to what I do than this one?

They came with me to the speaker’s dinner, and to both sessions. One took pictures for social media, which was super valuable and allowed us to live tweet the event. The other ran our slides, which was nice considering that with two presenters that can get clunky.

But the most wonderful part was how much they absorbed about women, the legal profession, and what they can do with their choices in life. Sure, we were at a law conference, but my daughters could see that the concepts we covered have broad applicability.

“Learning to Brag” in Action

In the days following the conference, I tried to elicit the girls’ impressions of the sessions they attended. As any parent will probably expect, I didn’t get much. I don’t think they could articulate the lofty concepts and, hopefully, long-lasting benefit of attending. I asked them both to come on my podcast and talk for just a few minutes about coming to the conference and meeting a room full of women who have done awesome things, but they declined. I began to think that perhaps they didn’t soak up what I hoped they would.

However, in the weeks since, my doubts have been dispelled. I’ve seen many ways the conference affected them. For instance, in the mentoring workshop, one talking point was that women need to learn to brag about themselves. When placed in a situation where we know we need to step up and explain our accomplishments, we often struggle to do so. This was referred to in the presentation as “learning to brag.”

My 10-year-old explained after school one day that she was telling her friend who is an accomplished gymnast that she herself has now learned to do a roundoff back handspring. She was really excited! Her sister was a bit uncomfortable that she was being so vocal about her feat. She responded, “Mom and Erin told us, we need to learn to brag.” I guess she was listening after all.

I have no doubt that, in the long run, this conference will play a role in how my daughters see themselves. I know I have memories from that time in my life that shaped me, although I didn’t appreciate the significance of those events at the time. I truly believe it will be one of the building blocks in their worldview.

There’s no doubt I had some discomfort in bringing my children with me. I was there as a speaker, a role I take very seriously, and as a professional. Many people would not consider it professional to arrive with kids in tow.

But I knew a few things. I knew my children would always be well-behaved. These are girls I can trust. I know that they know how to deal with adults, can speak articulately and handle themselves in a mature manner. They held their own just fine at a dinner table of lawyers.

I also knew I had an opportunity to make an impact on them, and that my responsibility to shape them is paramount.

I was also pretty certain that this particular audience would understand their own role in empowering these two girls. After all, we were a large group of women there to discuss women’s issues and empowerment. Based on the feedback they received directly, I believe I was right.

Consider what opportunities you have in your professional life to make a positive effect on the next generation. There may be many beyond the obvious.

“Sponsors Are the New Mentors, Especially for Women” 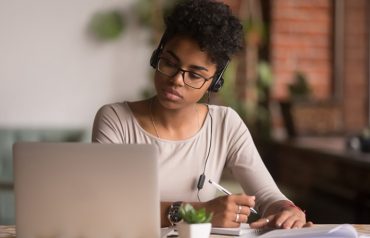 Yellow legal pads, containing what at least to a casual observer might seem unintelligible scribbles, abound in most lawyers' offices. Of course, good legal business practice dictates that we ...