It’s Not Just the Economy, Stupid!

What a strange time to be a lawyer, and worse yet, to be in law school. I suspect that many law students are beginning to feel they are earning a degree in sheepherding, or buggy whip manufacturing.

It’s not just the economy. That would be easier—because you could assume that the economy will get better, in which case the return on your investment in law school will simply be delayed. Then, you could always do what musicians call vamping until ready—find any job that pays the bills until the legal professions evolves to a point at which your brains, skills and talents will find a measure of hospitality.

My own son, when he graduated from Syracuse University, was considering law school when he took a summer job as a payroll clerk at the old Off-Track Betting Corporation in New York. By Fall, he was head of payroll. They trained him in the computer, which  was becoming an integral part of the business world, and one thing led to another. He wound up in a major corporation, which sent him to get his MBA, then opportunity after opportunity arose, and he’s now a very successful venture capitalist. Career paths evolve.

The legal profession is changing. No, it’s not the economy. It’s that the legal profession is in the midst of an evolutionary process that’s changing the profession like a kaleidoscope. New forms of governance. Traditions superseded by the need to compete. Barriers between lawyers and marketers that have long impeded marketing progress are falling. Concepts of value now shift from value to the firm to value to the client. We’ve got value billing and two-tier law firms built on skills and talents rather than hierarchy.

Today’s law firm is an active work in progress. What’s a law student to do? How, in fact, is a law firm to know who to recruit, and how to find people who will be the right fit for the firm’s distinctive, changing characteristics?

Perhaps the way we hire will change as well. That’s apparently what Bruce MacEwen thinks. MacEwen, the noted lawyer, economist, consultant and publisher of the popular blog Adam Smith Esq., has  launched a new company called JD Match. Using an advanced mathematical algorithm it matches the distinctive needs of a law firm with the distinctive talents and needs of individual students. This goes beyond the classic legal employment agency approach.

The point is that in today’s legal environment, when law firms know they need to hire differently but don’t always know quite how, we need new recruiting techniques, new hiring algorithms, new kinds of knowledge.

Then there’s the problem of a system that’s still training students for the 1950s law firm. That has nothing to do with the economy, either. The modern firm is zigging while the law schools are zagging.

Maybe a degree in sheepherding is not such a bad idea.

Bruce W. Marcus is acknowledged as a visionary and advocate for marketing and business development as a professional function within professional services firms. Marcus, author of several books and editor of The Marcus Letter on Professional Services Marketing, passed away in December 2014. His writings include Client at the Core (John Wiley & Sons) and Professional Services Marketing 3.0 (Bay Street Group). In 2015, the Association for Accounting Marketing (AAM) creating the Bruce W. Marcus Lifetime Fellowship Member program.

Four Things Your Legal Assistant Can Do Better
Feeling a Little List-less? 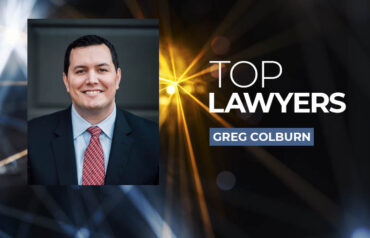