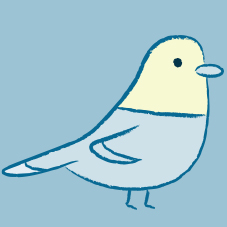 One of the striking things about law practice is our “sink-or-swim” mentality when it comes to junior associates. They do their law studies, we recruit them through various mechanisms, and then we basically just leave them to it.

Then comes the “performance review” process, and at this point the problems with the system become evident.

Most law firms do not have an effective performance counseling system. High performers are rewarded with financial compensation. Poor performers are noted during performance reviews and given feedback about what they need to do better. Then we congratulate ourselves on having dealt with the issue.

Except that we haven’t.

Really this two-stage process (financial reward and annual counseling) is a way of avoiding actually doing anything at all to assist poor performers. We think we’re helping people with the financial incentive, but that’s just rewarding those who are already high performers. It’s not creating a system to make everybody a high performer.

David Maister in “True Professionalism” gives the example of training a pigeon. There is one surefire way to train a pigeon to walk through a maze. First you draw a line quite close to the pigeon, and when it crosses that line you reward it. Then you draw another line further away, and when it crosses that you reward it again. So it goes, until after a number of lines and repetitions the pigeon can navigate the maze.

Here’s how most lawyers would train pigeons: “Here, pigeon, is a maze — you need to get to the end. Have at it!”

The first solution, in Maister’s example, sees junior lawyers who can navigate the maze with confidence and success. The managers can then move on to teaching their pigeons (oops — junior lawyers) more complex tasks.

The second one, used by a lot of partners, sees a bunch of lost junior lawyers in the middle of a maze. This teacher ends up frustrated, and the pigeons develop no skills.

Here are three steps to get more success out of your evaluation process:

The best coaching strategies involve a greater time investment. But they are worth it when your staff flourish, rather than flounder.

Chris Hargreaves is a senior lawyer in Queensland, Australia. He writes regularly about careers, communication, productivity and practice issues for younger and developing lawyers at his website, Tips for Lawyers.

Chris Hargreaves is the author of “In Practice — Moving Beyond Law School Theory.” He is a senior litigation lawyer in Brisbane, Australia, and writes regularly about legal skills on his site, Tips For Lawyers. Follow Chris on Twitter @JoyousLawyer.

Is It Senior-Lawyer Wisdom or Just Weariness?
Credit Cards: Worth It to Work It Out