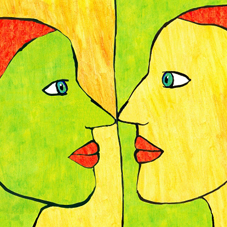 Law Firm “Image” Is a Mirage

Years ago, in a remarkably successful marketing move, a designer specializing in logos, letterheads and the like came up with the concept of “corporate image.” A brilliant concept, but more mirage than image. Now one of the most successful marketing operations, his company has managed to persuade clients that corporate image (or law firm image) is the key to success. Image, it seems, is the magic elixir. At many thousands of dollars a dose.

Words have a remarkable ability to conjure up visions beyond their literal definitions. Some words do marvelous things to the mind. “Chimera.” “Poignant.” Vistas spring forth at the mention of such words. But the word “image,” as it is used today, projects an infernal picture of things manipulated, unreal and untrue.

The concept of image was first popularized some years ago by the “father of public relations,” the late, estimable Edward L. Bernays, and was meant to portray the pervasive perception of a company or a person.

The image of Nixon the devil and of Kennedy the saint. The image of the telephone company as a vast corporate universe that encompasses us all, touching each one of us inevitably, yet maternally (Ma Bell). The image of IBM as cool, efficient, firmly aggressive and ubiquitous in the workplace.

How marvelously convenient the word “image.” A company doesn’t have a reputation anymore, it has an image. The perception of a company by the people who know it, do business with it, know about it, is an image. As if vast, complex organizations that touch the lives of many people are so devoid of facets or subtleties that they can be encapsulated by one simplistic perception. As if all of the bad or inconsequential can be submerged beneath the good and useful to make more people want to do more business with the company.

How marvelous to ponder the notion that one need not do good work, or make good products, or provide good service, that one need only manipulate symbols to project a favorable image. By communicating selectively, the image purveyors seem to be saying, the public may be made to perceive the company as a personality, beyond the evaluation in the marketplace of the quality of the company’s goods and services. And anybody who believes that would believe that pornography is love.

A few years ago, at the beginning of the era when people mindlessly seized on the term as a kind of shorthand for perception and reputation, Eastern Airlines spent a considerable sum to brighten its corporate image, and a new logo was designed. It was a corporate image based on instant recognition. But the widely known image of the airline readily focused on rude personnel, dreadful service, dreary food, planes that were always late and constant overbooking. The symbols projected one thing, while the realities shouted another. Beyond the lingering memory of its logo, where is Eastern Airlines today? Arthur Andersen had an image as a classic accounting firm, with a reputation for integrity, probity and independence. And where are they today?

The truth is that, in this context, there is no such thing as image. There is reputation, which can sometimes be manufactured. But reputation is fragile. It can be destroyed and blown away by the simplest element of unfavorable performance. And there is perception, which can be manipulated briefly. (Barnum tried it with a sign in his menagerie that read, “This Way To The Egress.” When his customers found themselves outside the exit door, they took it in ill humor.)

The inherent danger is this: As long as we believe there really is such a concept as image, and we work toward enhancing it, we absolve ourselves of the need to nurture reputation and perception by improving reality. In fact, the acoustics of the marketplace are too good, and the truth is inevitably heard—loud and clear. Better to labor to improve the truth than to polish the image.

The world would be better off if we were to lose the word “image.” The perception of it is too crass, its reputation too shoddy. It keeps us from better and more useful things.

Bruce W. Marcus is acknowledged as a visionary and advocate for marketing and business development as a professional function within professional services firms. Marcus, author of several books and editor of The Marcus Letter on Professional Services Marketing, passed away in December 2014. His writings include Client at the Core (John Wiley & Sons) and Professional Services Marketing 3.0 (Bay Street Group). In 2015, the Association for Accounting Marketing (AAM) creating the Bruce W. Marcus Lifetime Fellowship Member program. 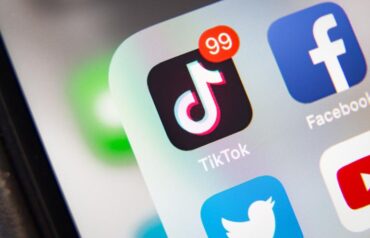 SEO for TikTok: 6 Steps to Stay on Top of Search

TikTok is fertile ground for marketing legal services, but it takes more than a talent for lip syncing to attract the right kind of attention. You need an SEO for TikTok strategy to ensure your ...