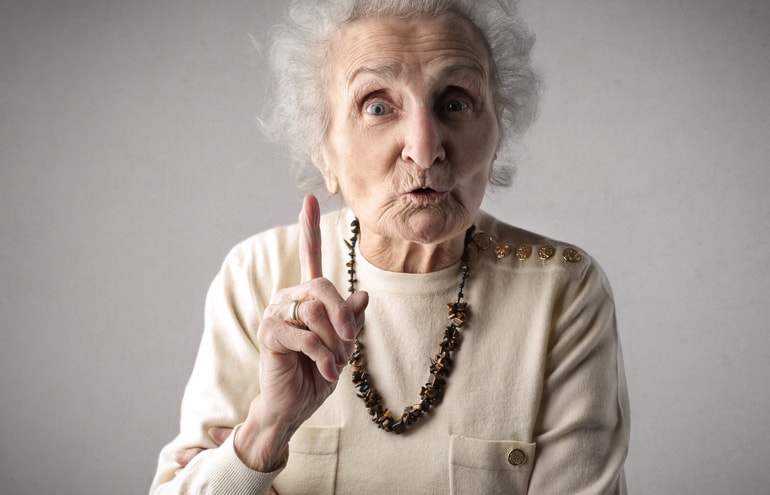 Listen to Your Grandma: Steer Clear of Politics at Work 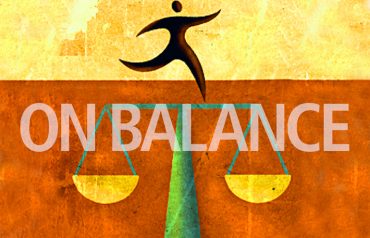 Between the recent elections, everything else in 2020 and the approaching holidays, it is a good time to listen to grandma and avoid conversations about sex, religion and politics.

Social media has been abuzz with political topics all year long and, no doubt, many friendships and business relationships have been affected. Haven’t we all learned something about a friend or colleague’s political views that changed our opinion of that person?

As solo and small firm lawyers, our personal public presence is also the public presence of our business. While we have a right to speak our minds, we should consider the ethics and good business sense of doing so from a professional platform.

Looking at the business consequences first, ask yourself: Would you choose to patronize a business whose owner expressed political views opposite to yours? If you oppose President Trump, would you walk into a restaurant flying a Trump flag out front? If you opposed the Democrat ticket for president, would you hire a CPA who has a Biden-Harris sign in the window?

We should view our business from the client’s perspective on all issues, but politics is one where it is particularly important. Unless you want to limit your work to clients who voted as you did, wearing your political affiliation on your sleeve is likely to turn business away.

There will be solo and small firm lawyers whose political opinions directly support their work — election lawyers, for instance. Most of us, however, do not have a professional need to demonstrate our political views. It is an attractive idea to represent like-minded people and speak freely and in agreement with clients about major issues facing our society. But consider whether your past clients voted the same way you did in presidential or other elections. The odds are that many of them did not.

With politics at the fore right now, it is easy to get wrapped up in the idea that we should be speaking freely and working with people who agree with us, but that is shortsighted and limiting for your business.

Just as important as maintaining our business, we need to keep in mind that our professional conduct is governed by the ethics rules.

It’s Our Job to Speak for Others

As lawyers, we not only speak for ourselves. Our job is to speak for others. When we are speaking for others, our personal opinions take a back seat.

Recently on social media, actor Vince Vaughn caught heat for a video showing him speaking with President Trump. Vaughn responded that people could have “different likes and beliefs,” and social media brought its wrath down upon him.

Following the LA Times reporting of this story, many Twitter commenters made it clear that we should only defend the rights of people who agree with them to speak their opinions. This type of thinking undermines what we as lawyers do.

It was well said in the Harvard Law Bulletin by attorney Paul Clement when he left King & Spalding to represent House Republicans in litigation related to the Defense of Marriage Act. While refusing to state his own political views, he said, “Defending unpopular positions is what lawyers do.”

Throughout history, lawyers have played an important role in defending the rights and liberties we hold dear in the United States, regardless of whether we agree with the individual client’s views. As dispassionate observers and advocates for our system, most lawyers would agree that all criminal defendants should have an attorney (we have constitutional protections for this) and that all parties are entitled to hire a lawyer. It’s easy to defend the concept, but harder to say that Charles Manson and the Menendez Brothers are entitled to a defense.

Yet, when we are retained to defend the Charles Mansons of the world, if we have publicly denigrated their cause or their character or expressed political views in opposition to them, we undermine our ethical duties.

It is easy to fall back on our First Amendment rights to justify speaking our minds. When at work, however, our clients come first, particularly in court.

An example of this tension in action is the 2016 case of an Ohio lawyer who appeared in court on a matter with no relation to Black Lives Matter while wearing a Black Lives Matter pin. The judge took issue with the pin and asked her to remove it. When she refused, she was led away by the bailiff, charged with contempt, and a new lawyer was appointed to handle her client’s pending matter in the courtroom.

This was a rather extreme case, largely due to the judge’s and attorney’s willingness to dig in their heels. If the order to remove the pin had not resulted in the attorney actually being led away into custody and her client left in the courtroom, the incident might have gone under the radar.

Incidents like this raise questions of where lawyers’ First Amendment rights in court fall in relation to our professional duties — including our duty to respect the judge’s right to control courtroom decorum. The court in Ohio relied on a 1st Circuit Court of Appeals case arising in the Maine state court when a judge required an attorney to remove a political button advocating a very specific political position on pending legislation. In Burton v. Delahanty, the 1st Circuit held that the restriction on a lawyer’s First Amendment right to free speech was reasonable, elaborating that in a courtroom:

Emblems of political significance worn by attorneys in the courtroom as a means of espousing personal political opinions can reasonably be thought to compromise the environment of impartiality and fairness to which every jurist aspires. As an officer of the court, a lawyer’s injection of private political viewpoints into the courtroom, coupled with the judge’s toleration of such conduct, necessarily tarnishes the veneer of political imperviousness that ideally should cloak a courtroom, especially when the partisan sentiments are completely unrelated to the court’s business.

This squares with the ABA Model Rules of Professional Conduct and attorneys’ obligations to put their clients’ interests above their own. When a lawyer appears in court with a pin that sparks the judge’s ire, the resulting sideshow is not in keeping with the attorney’s duty to protect the client.

It also likely violates Model Rule 1.7, which deals with conflicts of interest, and its Comment 1, which specifically prohibits “a lawyer’s own interests” from impacting the lawyer’s loyalty to the client. In the Ohio case, the lawyer’s refusal to remove her pin did not advance her client’s cause. In fact, her focus on her own interests led to the direct detriment of her client. Without her representation, the court appointed a new attorney who knew nothing of the client or his case mid-hearing.

Wearing a political pin to court in the first place is a potential violation of Model Rule 3.5 on impartiality and decorum in court. It prohibits conduct that “seek[s] to influence a judge, juror, prospective juror or other official by means prohibited by law.” Wearing a political pin on a cause unrelated to the client’s case could certainly be interpreted as attempting to influence the trier of fact. What is the purpose of showing public support for a political ideal if not to influence those who come into contact with our show of support?

In court, it is clear that we should limit our personal expressions of political opinion.

Outside of Court, We Need to Consider Our Duties Carefully

The reality is that most of us are not wearing political pins to court. We are posting information on social media that reveals our political views. Clients and colleagues can see and interact with these posts. The line is less clear, as we are not disrespecting a judge’s right to control the courtroom or directly undermining a client’s cause during proceedings.

What we are doing, however, is painting a public portrait of our firm and affecting our colleagues’ work environment. If you work in a team, you cannot assume they all agree with your political views. You can quickly create a hostile environment if you espouse your support for one candidate or party; that may violate other ethics rules not related to client duties.

ABA Model Rule 8.4(g) makes it an ethics violation for an attorney to “engage in conduct that the lawyer knows or reasonably should know is harassment or discrimination on the basis of race, sex, religion, national origin, ethnicity, disability, age, sexual orientation, gender identity, marital status or socioeconomic status in conduct related to the practice of law.” It would not be a stretch for the expression of a political opinion to be construed as harassment or discrimination based on these protected classes.

Before the 2020 election, many lawyers espoused the various views of causes they supported without much thought. We posted that our children were selling Boy Scouts popcorn or Girl Scouts cookies with no worries. Now, the Girls Scouts’ Twitter post congratulating Justice Amy Coney Barrett and its subsequent removal makes even your “my daughter has thin mints” post controversial.

This year, many topics we once thought universally acceptable have fallen under Grandma’s umbrella of taboo subjects. And, as business owners and advocates for our clients, we must consider where our duties lie before taking public political stances.

It might be a good time to keep politics away from your firm unless you are involved in politics or election law. It is likely better for business, and it avoids any impression that you put your personal opinions above the client’s legal needs.

Related: “How Not to Talk Politics and Survive” by Bull Garlington

How to Master Searching in NetDocuments
Adding Value: 4 Tips for Building a Network by Helping Others Succeed