The Last Lawyers to Starve

Every year, law schools crank out twice as many baby lawyers as there are job openings, and every year we hear that the traditional market for lawyers is shrinking. The United States already has more than 1.2 million attorneys, and somewhere around 700,000 jobs.

What is going to happen to us?

Obviously, the value of a law degree is diminishing. With its stratospheric cost, we should start to see a decline in law school enrollment. I bet we’ll also see a steady decline in the compensation most lawyers receive, regardless of their experience. Who among us hasn’t endured increased scrutiny at compensation time? Or felt the impact of firm mergers and the resultant trimming of the old (and not-so-old) “wood”? While far from a new trend, more and more lawyers are abandoning the law for other fields. And it’s no wonder.

In Collapse: How Societies Choose to Fail or Succeed, Jared Diamond examines the decline and death of various civilizations. He describes how, in many cases, they knew it couldn’t last, that the course they were on was not sustainable. There just wasn’t enough to go around anymore. But they couldn’t let go and make the changes needed to survive. He describes the predictable competition to be the last ones to survive, the last to starve.

Are We In for a Collapse of Lawyers?

Most of us old farts have been watching this phenomenon at work in the legal profession over the years with increasing dread. We’ve felt the approaching glare of the wolves lurking back in the shadows, coming closer and closer. “But I’m not ready,” we cry. “There’s so much more I have to accomplish, so much I have to offer. And what do those kids know? There’s no way they could fill my shoes.”

We deny and postpone the inevitable retirement to make room for others.

But it doesn’t have to go that way. We all know the ones who figured it out early, pulled it together and took their leave from law practice gracefully. Having significant skills and plenty of oomph left, many have moved on to positions that may have less prominence, but that allow them to use their skills in ways that give back to their community. Churches, schools, volunteer organizations, non-governmental groups and families all can use the old fart expertise. Sure, driving the bookmobile isn’t as glamorous as ruling the corner office, but you do have a chance to meet nice people and broaden your horizons. (Okay, there may not be many bookmobiles left, but you get the drift.)

So, for all us old farts out there, and for those disaffected younger attorneys holding on to the rail of a sinking ship, take a look around. Could be there’s a whole world of opportunity you’ve neglected, or have never given honest consideration. Instead of grasping the tendrils of a collapsing dream, maybe it’s time to take the leap and make a little room for the ones you leave behind.

Let them be the last to starve. 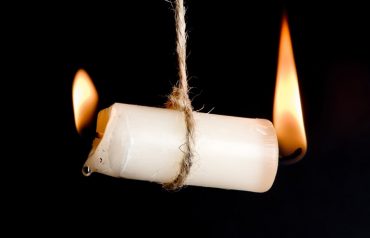