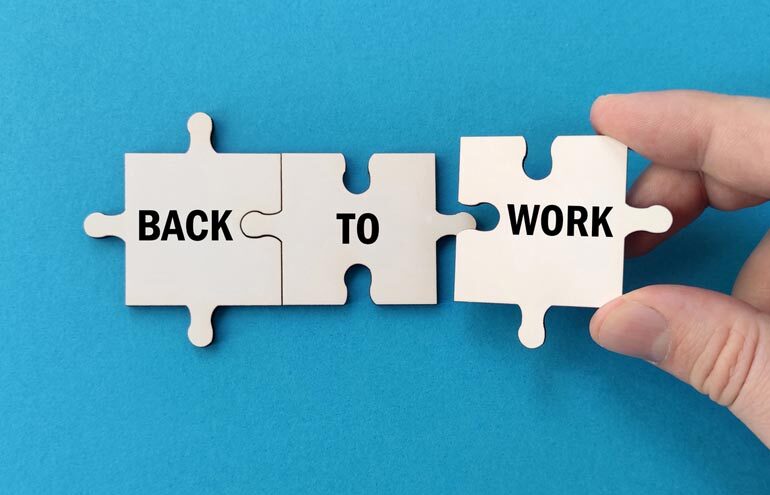 Retirement and the Unexpected Return to the Office

Retirees returning to work is a rising trend in the workplace. Camille Stell interviews attorney Will Graebe on his unexpected return to work and lessons learned.

Millions of Americans left the workforce during the pandemic, 4.2 million people between March 2020 and July 2021. According to U.S. Labor Department data, 2.4 million of those were older workers. At the time, it was thought that the labor market was forever altered by the number of workers leaving and the number of early retirements.

However, 1.5 million retirees have reentered the labor market over the past year and the number has gained momentum in recent months. Nick Bunker, an economist with Indeed, says this is a story of a tight labor market. Retirees report feeling more comfortable returning to work now that there are vaccines, flexibility in work arrangements such as less work travel, and less time spent commuting, as well as the ability to set their own work schedule with part-time hours.

Retirees Are Returning to Work

Amanda Cage, chief executive of the National Fund for Workforce Solutions, says, “This is the first time I’ve seen retirees become a targeted population.” Employers are recruiting retirees by posting jobs at senior centers and churches and are more willing to offer accommodations such as part-time or remote work.

While the number of retirees was rising, the number of workers applying for Social Security benefits dropped 5% from September 2020 to September 2021, the biggest drop in two decades, according to the Social Security Administration. During the pandemic, many professional workers had incentives to retire early such as federal stimulus checks, a bullish stock market, and skyrocketing home values. As we move closer to a recession, it seems many of these “retired” workers are returning to the workforce.

One Lawyer’s Story: An Unexpected Return from Retirement

I interviewed my colleague Will Graebe, former Vice President of Claims for Lawyers Mutual Liability Insurance Co. of North Carolina, to get his story about retirement and an unexpected return to the office.

In 2019, before the pandemic and the Great Resignation, Will retired from Lawyers Mutual. He had been with the company for 20 years and loved his job, but he was ready for a break: “I didn’t know what I would do on the other side of that break or how long the break would be,” Will says. “I just knew that I needed to recharge my batteries.”

What were your immediate thoughts of retirement?

WG: I remember the first Monday after retirement, waking up to no commute, no scheduled meetings, and no need to be anywhere. I knew that I wanted a deeper dive into something more, so I signed up for a nine-week yoga teacher certification course. I had been doing yoga for the last 20 years and wanted to deepen my practice but never had the time.

How did the pandemic affect your sabbatical?

WG: In March 2020, as the first major wave of COVID-19 hit the United States, I embarked on a previously planned six-week fishing and camping trip. In preparation, I had purchased a teardrop camper and Hobie pedal kayak, and, while I considered canceling the adventure, I concluded the safest place to be was out on the water during the day and in my camper at night. In the Everglades, I paddled deep into the mangroves and caught a lot of fish. I saw sharks, sea turtles, manatees, beautiful birds and even one Florida crocodile. After two weeks in the Everglades, I made my way up to the panhandle of Florida, where I again caught some amazing fish. In both places, I got to know some really interesting people who had chosen to leave it all behind and hit the road in their campers. At one of the campgrounds, I got to know a couple from Oregon who were on their second lap around the country in their RV. I met another couple who had sold their home and were working virtually from their camper. I became friends with a retired pilot who was spending the winter with his wife in the Everglades.

What were the seeds of returning to work?

WG: I missed the intellectual challenge that work had offered. I tried to exercise my mind with books on Audible and fell down the rabbit hole addiction of crossword puzzles. Feeling the inner momentum still pulling me toward more engagement and stimulation, the final chapter of my two-year sabbatical was the 40-hour Superior Court mediation certification course. As with the yoga teacher certification, this was something I had always wanted to do. I had attended hundreds of mediations but found that I learned more about negotiations in this one course than I had in my 27 years as a lawyer. An added benefit was getting to know the other lawyers taking the course.

Describe the opportunity to return to work.

WG: My previous employer recruited me. They asked me to help part-time with some of their cases. The isolation of COVID and my eagerness to reconnect with colleagues and longtime friends felt like exactly what I needed. I loved being back in the position of helping lawyers. After doing contract claims work for a year, I was given the opportunity to come back as an employee of Lawyers Mutual in the role of claims counsel and relationship manager. When I retired from Lawyers Mutual in 2019, I had no idea that I would someday return. I think that I appreciate my work so much more because of the break.

What lessons have you learned in this journey?

WG: In the book “The Alchemist” by Paulo Coelho, the main character is a shepherd boy who goes on a journey to discover his personal legend. A mystical figure who calls himself a king tells him that his personal legend is to find a treasure buried at the foot of the Egyptian pyramids. So, the boy sets out on his journey to the pyramids and encounters a multitude of challenges and trials along the way. He finally reaches the pyramids only to discover that the treasure was buried at a church right where he started his journey. When he discovers this, he shouts up to the sky, “You old sorcerer, you knew the whole story!” In response, he hears a voice say, “If I had told you, you wouldn’t have seen the Pyramids. They’re beautiful, aren’t they.”

Do you have words of encouragement for our readers?

If any of this resonates with you, make a commitment to yourself to take steps now to make it happen. Write about your idea or tell a friend what you would like to do. This will make it more likely that you will follow through with your plan. We have one life to live with no do-overs. If you really want to take an adventure, take a step in that direction. Sign up for that course or make those travel reservations. And then, see the places life takes you. Mine took me to unexpected places and then brought me back home to where I started, with a deeper appreciation for my life and my work. 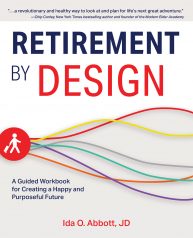 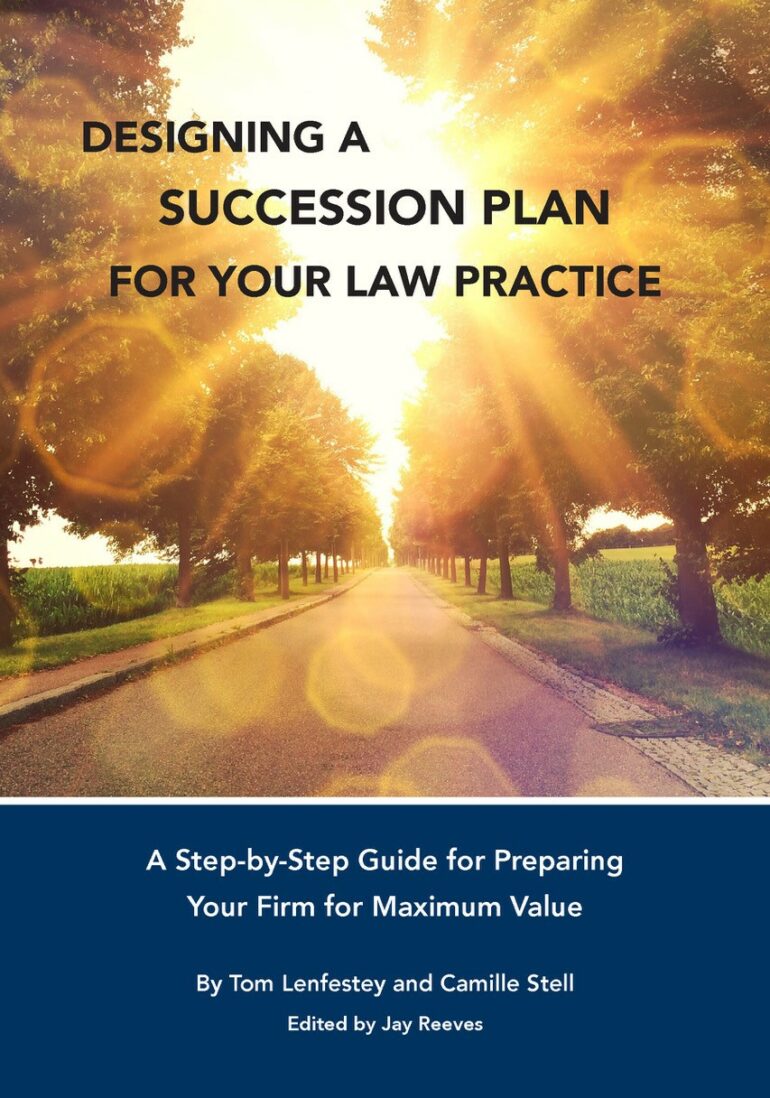 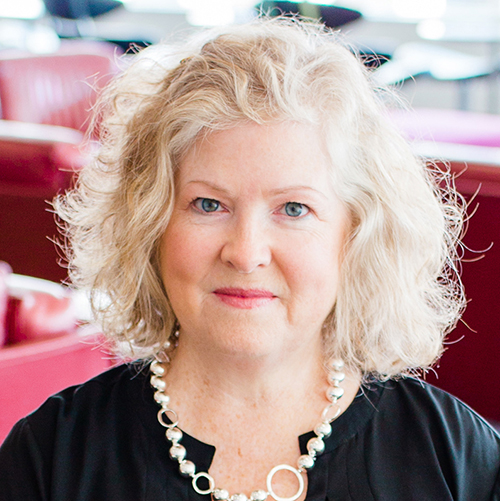 Camille Stell is President of Lawyers Mutual Consulting & Services and co-author of “Designing A Succession Plan for Your Law Practice: A Step-by-Step Guide for Preparing and Packaging Your Firm for Maximum Value.” Camille is a Fellow of the College of Law Practice Management, a member of the inaugural Pro Bono Resource Center Advisory Board, and has been recognized by North Carolina Lawyers Weekly as a member of the inaugural class of “Leaders in the Law.” Follow her @camillestell. 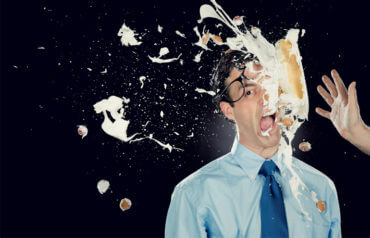