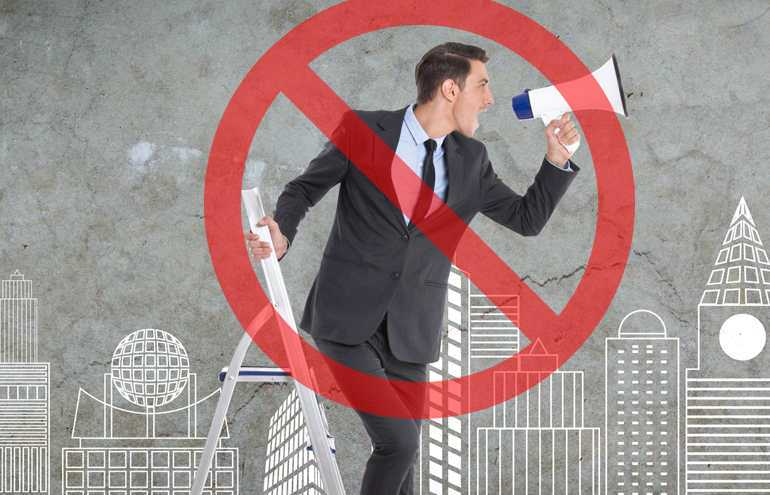 Is the future of lawyer marketing rooted in its past?

With apologies to John Lennon …

Is it possible we will see a time when lawyers are prohibited from advertising? What would our business-getting efforts look like if there were? Let’s consider the possibilities.

If we go back to the 1850s, Judge George Sharswood authored “An Essay on Professional Ethics.” At a time when lawyers, including Abraham Lincoln, filled the classified sections of newspapers announcing their availability, Sharswood condemned lawyer advertising in favor of a more dignified approach to acquiring clients. He wrote, “There is, perhaps, no profession after that of the sacred ministry, in which a high-toned morality is more imperatively necessary than that of the law.” The commercialization of the practice of law was condemned, as the judge warned of “a horde of pettifogging, barratrous, money-making lawyers.” Instead, he said, “Let business seek the young attorney,” which, of course would follow if only the lawyer cultivated habits “of neatness, accuracy, punctuality, and dispatch, candor toward his client, strict honor toward his adversary” Then, he concluded, “it may be safely prophesied that his business will grow as fast as it is good for him that it should grow.”

Sharswood’s notions of professionalism were simply hortatory for the next 50 years, until they were codified in a cynical twist. At the beginning of the 20th century, the Industrial Revolution was in full force. Unimaginable wealth was concentrated in the hands of the few. At the same time, the country was experiencing a wave of immigration and workers were being exploited.

President Theodore Roosevelt was troubled by this inequity and the notion that lawyers were the handmaidens of the robber barons. He turned to the American Bar Association and asked that it promulgate a set of ethics rules. In short order the ABA adopted its first Canons of Professional Ethics in 1908. However, instead of being regulations that would address the concerns of the president, the Canons reinforced the profession’s dedication to business. They stressed the importance of fidelity to the client, while they prohibited advertising and solicitation. In fact, the Canons went so far as to prohibit circular advertisements, personal communications and indirect advertisements “whether by allied business or inspired newspaper comment.”

The Sharswood theory that an upright practice leads to business was then incorporated into the Canons, when they stated, “The most worthy and effective advertisement possible, even for a young lawyer, and especially with his brother lawyers, is the establishment of a well-merited reputation for professional capacity and fidelity to trust.” The Canons were adopted by the states in short order and served, with tweaked amendments, for the next several decades. In most states, lawyers could do nothing more than have a dignified business card and an unembellished listing in directories, including the White Pages.

Not So Adverse to Advertising

However, on July 27, 1977, that portion of the states’ ethics rules prohibiting lawyer advertising became unconstitutional literally overnight. Not many industries have an actual birth date, but legal marketing is one. On that day, the U.S. Supreme Court ruled, in the decision of Bates v. State Bar of Arizona, that states did not have the right to ban lawyer advertising, that lawyers had the right to advertise, subject to reasonable limitations imposed by the states, and, importantly, that consumers had the right to receive information through those advertisements that would help them find a lawyer. At its core, the Bates decision did advance the rights of lawyers so much as it advanced the rights of consumers of legal services, particularly those in need of personal legal services such as divorce, immigration and consumer matters, including personal bankruptcy.

Consider for a moment the differences between 1908 and 1977. In 1908, America had a concentration of wealth among the few, a permanent income tax would not be implemented for another five years, workers struggled for a livable wage, and we had no middle class. By 1977, the post-war middle class was booming, income taxes were as at as 70 percent, and the country embraced a social consciousness that it had not seen before or since.

The Bates decision was based in large part on the need to expand affordable legal services to the underserved and those who had difficulty finding a lawyer for their personal legal needs. Perhaps the most important part of the decision is that the high court was split 4-5. This was no slam-dunk. Justice Harry Blackmun wrote the majority opinion and Justice Lewis Powell wrote a strong point-by-point dissent. The jurisprudence of these two justices was formed by their prior experiences. Blackmun had been counsel to the Mayo Clinic, where he saw people battling with health issues and their related consequences. Powell, on the other hand, was focused on the interests of business. His decisions have been credited with laying the groundwork for the court’s ruling in Citizens United v. FEC, which enables corporations to make political contributions and famously sets out that corporations are people.

The State of Legal Advertising Today

So, this brings us to today, where in some respects we have a society more like that of 1908 than 1977. The concentration of wealth among the few is at historic highs, as is the gap between the rich and poor. The middle class is eroding, while the working poor receives a minimum wage that is less than a livable wage. Most importantly, we now have a six-member conservative block on the Supreme Court.

Is it possible Bates would be decided the same way if it were litigated today? Is it possible Bates will be overturned in the foreseeable future? There are certainly those, including tort reform groups, seemingly working toward that end. If that’s the forecast, what are you doing to situate your practice in a world without lawyer advertising?

What would business-getting look like in such a world? This, of course, depends on the firm’s situation and client base. Seemingly, a firm providing high-volume personal legal services that now derives a large percentage of clients from advertising would struggle to adjust, while a firm providing corporate services with a stellar reputation would feel less of an impact. Nevertheless, here are some possible directions, which are advancing now, regardless of the regulation or limitations of lawyer advertising.

Research studies by the ABA and the National Center for State Courts have shown that people are far more likely to turn to trusted sources, such as family members, friends and lawyers they know, when seeking a lawyer for a personal legal matter. Four out of five people will turn to a trusted source instead of an impersonal source such as a directory or an advertisement. Consequently, lawyers should consider measures to strengthen their interrelationships with potential clients. At the micro level, this can be through participating in community affairs and serving on the boards of schools or hospitals, measures that enable them to simply become better known in their communities.

At the macro level, lawyers can vastly expand the awareness of their practice through social media — not just advertising through it, but participating in it. Kevin O’Keefe, at LexBlog, talks compellingly about social media as community. Interactive communications such as blogging, tweeting and posting on Facebook enable lawyers to form relationships and bond with others who may become clients or make referrals. Often times, those social media relationships translate into face-to-face relationships, making them all the stronger and advancing professional opportunities in ways that cannot be done otherwise.

Second, lawyers who become the go-to expert in a niche market seemingly would have an advantage over other lawyers in an ecosystem without advertising. The cottage law lawyer, the drone lawyer, the wine lawyer, the packaging law firm — these are firms to which lawyers will refer their clients on those rare occasions when those services are needed. Of course, the niche-market expert needs to make the firm’s services known throughout the legal community — see social media above, as well as authoring articles, presenting at conferences and similar forms of outreach that set out that expertise without crossing over into advertisements.

The Future of Legal Marketing and Advertising

Finally, we may see more lawyers delivering services outside the framework of a law practice. For example, thousands, if not tens of thousands, of lawyers are employed by the Big Four accounting firms. Saving the ethics of this for another day, it is foreseeable that some segment of the lawyering community could find safe harbor within these and similar structures. Similarly, lawyers and firms may maintain ancillary services that are able to advertise and subsequently serve as a feeder for their practices.

No doubt there are many other directions that lawyers would take in a world where advertising were banned. It is not unforeseeable that we will watch those changes play out at some point in the not-too-distant future.

Personally, I hope I’m wrong about that, but I can imagine a world without lawyer advertising — it isn’t hard to do.

Traditional vs. Digital Advertising: Striking a Balance
A Mindful Lawyer’s Introduction to Mindfulness