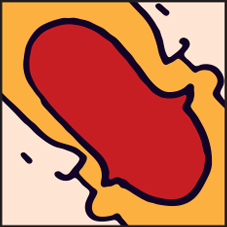 How to Master Difficult Conversations with Clients

Have you been avoiding a potentially difficult conversation with a client for fear of it going badly? The good news is that you are in solid company — some of the best and brightest lawyers procrastinate and avoid conflict. Introverts — and research finds a majority of lawyers are introverted — are especially prone to avoiding confrontation, according to Sondra Vansant in “Wired for Conflict.”

Dr. Larry Richard has written and spoken extensively about the typical lawyer personality type based on Caliper test scores from thousands of lawyers. Resiliency is one of the measured traits, and many lawyers score on the low end of the bell curve for the ability to recover quickly from setbacks. So if you have had a difficult or unpleasant conversation with a client in the past and are a lawyer with low resiliency, you may be especially keen to avoid a repeat of such a conversation.

Whatever your personality type or personal style, the bad news is that fretting about the conversation while avoiding it won’t make the issue go away. A better approach is to map out a strategy that maximizes the possibility of a favorable outcome.

Not every conversation will be truly difficult. Some will simply be awkward or even surprisingly benign. But planning for all eventualities will help you take the challenge in stride.

(For more about personal styles measured by instruments such as the Myers-Briggs Personality Indicator, check out CAPT.org.)

Linda Hazelton is the founder of Hazelton Marketing & Management, a Dallas-based consultancy offering communication and strategy, organization and business development, and profitability counsel to law firms. Linda has more than 20 years of experience at the helm of law firms. She has an MBA from the University of Minnesota and is a CAPT-qualified Myers-Briggs trainer and coach. Follow her on LinkedIn and Twitter.