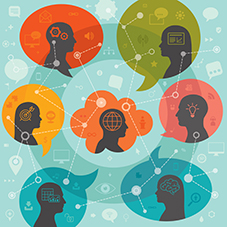 Pearls of Legal Technology Wisdom for Solo and Small Firms

ABA TECHSHOW just marked its 30th anniversary. The traditional gift for a 30th anniversary is pearl — and that’s appropriate since I have received many pearls of wisdom in my years at the conference.

I attended my first TECHSHOW in 1999 and I haven’t missed one since. After that first year I was hooked, and ever since — with one exception — I have also served on the faculty.

“Wow, I Finally Found People Who Think Like I Do”

Over the years, I can’t tell you how many times I have heard some version of this phrase. Not that long ago, any lawyer who talked about technology and its place in the law firm was seriously thought to be impairing his or her rise on the partnership track. Sometimes, getting approval to attend TECHSHOW was as much an attempt to get them to shut up and go away as it was a visionary impulse to modernize the law firm’s operations. Arriving at the conference and finding out there were hundreds of people “just like them,” who understood the role technology was going to play in reshaping society and the practice of law, was a relief — and a challenge.

Today, technology pervades our lives. Still, some law firms only grudgingly admit the importance of technology in their business operations. But it can be the oft-ridiculed “nerd” who ends up changing everything.

I recall when the internet was the “Big New Thing” at TECHSHOW. Not the cloud — the internet! And many of us recall the year that suddenly “everyone” was taking notes on iPads instead of laptops. I’ve taught sessions at TECHSHOW on once bleeding-edge speech recognition and automated document assembly. I now use one of those tools every day — the other one should be used in all law firms every day, too.

While every large firm has an IT department today, some sharp solo practitioners are way ahead of large firms in the use of technology. It is absolutely clear to me — as it long has been — that the lawyers who embrace today’s technology tools will be the lawyers who enjoy the greatest success in the future.

Recently I visited a lawyer who had many client files stacked on his desk — the largest was close to 5 inches thick. Using a two-hole punch to brad papers into the file doesn’t work at that level, so he was using several, inch-thick binder clips to keep sections together. We discussed how a practice management system and digital client files could better organize this information.

Over time, as I’ve worked with other lawyers like this, their reactions to legal technology have shifted. Originally dismissive, then skeptical, lawyers eventually began to listen to the reasons practice management software might be a good idea. (Of course, these same lawyers would often explain why the solution wouldn’t work in their type of practice.)

Today, for many, the conversion to a “paperless office” seems like the impossible dream. As I often say, converting a law office from paper client files to a digital workflow may seem akin to overhauling all the engines on an airplane without landing it. But there’s really no choice. You can’t continue to take 30 minutes to do something other lawyers can do in five minutes — or even one.

The Genie Won’t Go Back in the Data Analytics Bottle

Soon after returning from TECHSHOW last month, I read an ABA Journal.com article about a federal judge ordering litigants to either not do data-based investigations of potential jurors, or to disclose everything they found to opposing counsel. The judge made some interesting points about the degree to which lawyers could attempt to manipulate jurors by weaving their favorite books or musical interests into voir dire. But such investigations have been going on for years. Collectively, most of us have made the decision that we will share a lot of our information — whether knowingly through social media or unknowingly through web browsing and online shopping.

The genie will not go back in the bottle. Data analytics is the hot new topic in law and that will not be a passing fad.

I heard this comment from two first-time attendees. They nailed it. My career has taken me to a lot of legal conventions and conferences but there’s nothing like ABA TECHSHOW, where you might learn as much from a conversation in the hallway as a CLE session. This year’s conference is over, but sometime during the next few weeks I’ll reach out to someone I developed a relationship with there — and that person will provide me invaluable advice or assistance.

I doubt I’ll be at TECHSHOW’s golden anniversary. I am sure there will be one, though, because this conference isn’t about the technology, it’s about the community of people using technology to better serve clients.

Jim Calloway is Director of the Oklahoma Bar Association Management Assistance Program. He is a co-author of the ABA books “How Good Lawyers Survive Bad Times” and “Winning Alternatives to the Billable Hour: Strategies That Work.” Jim blogs at Jim Calloway’s Law Practice Tips and co-produces the podcast The Digital Edge: Lawyers and Technology. Follow him @JimCalloway.