What is an “enterprising lawyer”? Actually, they are easy to spot. Look for the more engaged and happy lawyers in the crowd — deeply invested in the power of the unique work they do. You probably know one — you may even be an enterprising lawyer yourself! 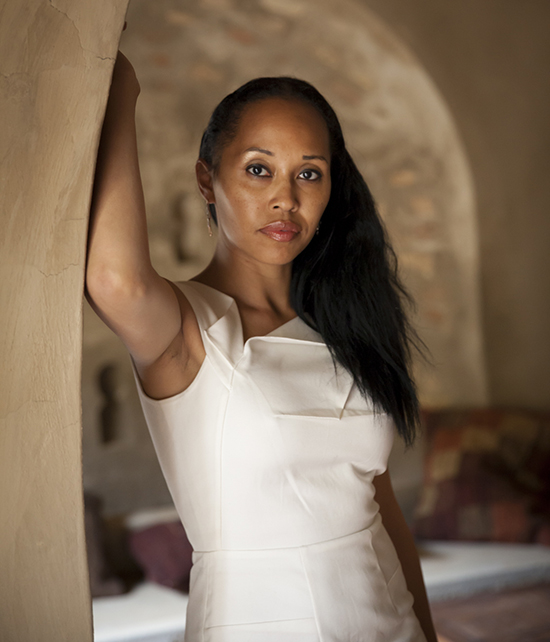 Kimberley Motley, a practicing attorney since 2003, has worked in Afghanistan since 2008. In fact, she is the first foreigner to litigate cases in Afghanistan’s criminal and commercial courts. You might have seen the documentary about her, “Motley’s Law,” which chronicles her work and life in Afghanistan and the U.S. Kimberley currently represents clients on every continent except Antarctica— including individuals from international corporations and NGOs, as well as embassies and ambassadors around the world. She has been featured in Vanity Fair, New York Times, the Washington Post, Wall Street Journal, London Times, CNN, BBC and the Today Show, to name a few. September 19th, Kimberly will be in Chicago as a keynote speaker at the Clio Cloud Conference.

Why did you want to be a lawyer? It is something that just fit with my personality. Actually, I wanted to be a DJ when I first went to college. I loved music and did some amateur DJ work in high school. But I love the creativity of litigation. It is a real art form — making your argument the best way possible. I think of it as dancing with the law!

What is the focus of your personal law practice? Litigation around the world. I’m in Kabul right now and I’m going to Malaysia next week to represent a new client — Anwar Ibrahim, who was formerly the Deputy Prime Minister — charged with sodomy.

People often mistakenly believe I am a human rights lawyer. But I am a private attorney who specializes in international litigation. I litigate in criminal, commercial and civil courts such that I run a practice with no borders. I do handle some pro bono human rights work, though. I like to think I’m a global investor in human rights.

What about the practice of law did you learn the hard way? In 2009, in one of my first high-profile cases in Afghanistan, I learned — by losing the case — that you can’t handle a case in Kabul the same way you do in the States. I was representing a former British soldier who was charged with bribery. There was a practice in Kabul of taking people’s armored cars, impounding them and then using the cars to get money from the owners. My client was stopped by the police, who took two armored vehicles from him — together valued at three-quarters of a million dollars. After months of trying to get the vehicles back, the government finally told him that there would be a $50,000 impound fee. He agreed to pay it and requested a receipt, but they kept telling him to come back for the receipt. One day, he came for the receipt and they took him into custody and charged him with bribery, saying the $50,000 had been a bribe!

I tried the case as I had always tried cases: methodically, professionally, with lots of charts and a number of ways to communicate (because half of the Afghan population cannot read — even judges). The court found my client guilty and sentenced him to two years in prison. I was devastated.

I had to assess what I had done wrong. Ultimately, I decided I shouldn’t have had exhibits at all, and I shouldn’t have been so cool and unemotional. In the appeal, I went “Total Afghan,” citing the Koran, citing Afghan law, Sharia law. … I never sat down. I paced and ranted and raved. I yelled at the prosecutor to “sit down” unless he had a point of law to illuminate. I won. My client was found not guilty.

The lesson I learned was that I have to bring my passion to cases here. Everything is personal for me.

Who was your most important mentor and what did they teach you? I’ve tried to learn lessons from various people. I believe in respecting everybody no matter where they are from or what their financial situation is. You can learn from everybody. Humble beginnings help you learn those lessons.

I owe my mother and father tremendously for all the work they did to find good educational opportunities for us. They were very creative and not afraid of unconventional situations. For example, they arranged for us to be tutored by college students for free so the students would get credit for it.

What has been your greatest challenge? Learning the different cultures of legal practice in so many different countries. I figure each one out by listening to people and talking to people. While there are lots of things about some of the countries that I feel are very wrong, I try to remember that I am there to work within the culture for my client, not to change the culture. 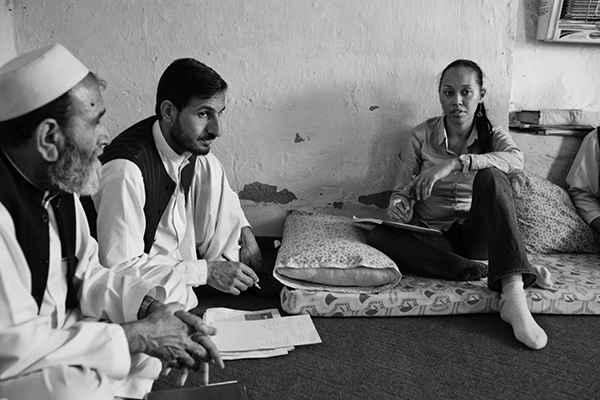 I first traveled to Afghanistan with a group of lawyers sponsored by the U.S. Justice Department to train Afghan defense attorneys. I did that for my first year in Afghanistan. In 2009, I started practicing privately. When I began to take on clients, the first nine months were strictly pro bono. If you truly want to be a lawyer, you have to take risks. I believe there is no box. If you want to do something, do it! Don’t wait for a playbook.

Have there been particular challenges for you, as a woman working in male-dominated countries? I love being female and find that it is an asset to my practice. In Afghanistan, for example, I can represent both women and men. If I were a man, I wouldn’t be allowed to represent women. Women do have a much higher bar to climb. But I’m not here to justify my competence. I demonstrate my competence by winning. I’ve gotten four presidential pardons in Afghanistan, and I’ve gotten everyone I’ve represented here out of prison. I represent people in a way that changes laws.

Many lawyers have adventurous ideas but struggle to bring them to reality. To what do you credit your ability to do this? My husband and my children. I’m out of the U.S. nine months of the year. I couldn’t do what I do without my husband’s great support. As far as we’re both concerned, this isn’t just a job, this is a family business. I’d like to leave it to my children. 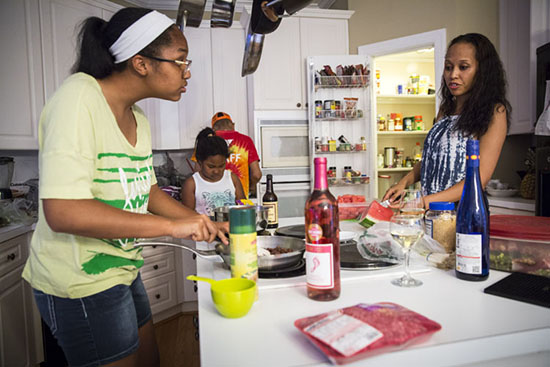 Kimberley Motley with her daughters Deiva and Cherish and son Seoul at home in Charlotte, NC. (© Natan Dvir / Polaris Images)

Obviously, you travel extensively in your practice. What is your favorite trick for making all that travel tolerable? I drink plenty of water on the plane. When I first board the plane, I flip to the time zone of my destination and I try to sleep in the nighttime according to where I’m going. And, of course, I have my little personal rituals.

What is your favorite technology tool? My laptop is my bible. Many of the places where I work don’t have internet service. So I have to download onto my hard drive all the information that I am likely to need. My laptop contains an entire legal library at all the times.

What is the first thing you “check” each morning? Skype to see if there are messages from home. Then I start reading the day’s news — about where I am and back home.

Where do you think the practice of law is going? It is becoming more like what I’m doing — more global. We are more connected as people than we have ever been. An issue in Afghanistan is not just an issue there but everywhere.

Where are you going? I have a backpack law practice. I office on an airplane. In terms of plans for my business, I want to continue building a global practice. I would love to have a firm consisting of different lawyers from a range of different countries who bring different types of litigation specialties to the table. A superhero law firm. With one in each country.

Where do you turn when things go really badly? Right now it’s a volatile time in Afghanistan for foreigners. Today, for example, I needed to go to a meeting. I was worried about the environment in the city but decided it would be fine. I got in my car and before I knew it, I was in the middle of a public demonstration. People were shooting guns. People pointed at me in the car shouting, “Foreigner!”

I knew I needed to be somewhere else. So I returned to where I’m staying.

When things like that happen, I don’t want to call back to the States and make people worry about me. So I listen to music and catch up on email. Or I go work out.

We’re Always Looking for Enterprising Lawyers. If you’d like to suggest someone to profile, send information to merrilyn@attorneyatwork.com.

Five Reasons to Come Out and Play
Clipboard Managers: A Timesaving Tool for Every Lawyer 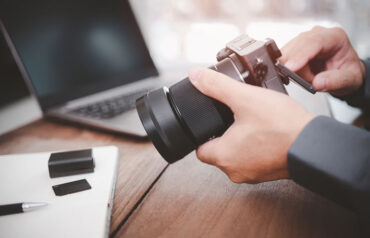 Side Hustle for Attorneys: Create an Online Course for People Who Will Never Hire You

Ruth Carter says having other streams of income helps provide financial stability in the unstable, often stressful world of solo practice. Her new side hustle targets people who won't pay a ...

Why Regulatory Reform Is Desperately Needed in the U.S. March 25, 2022