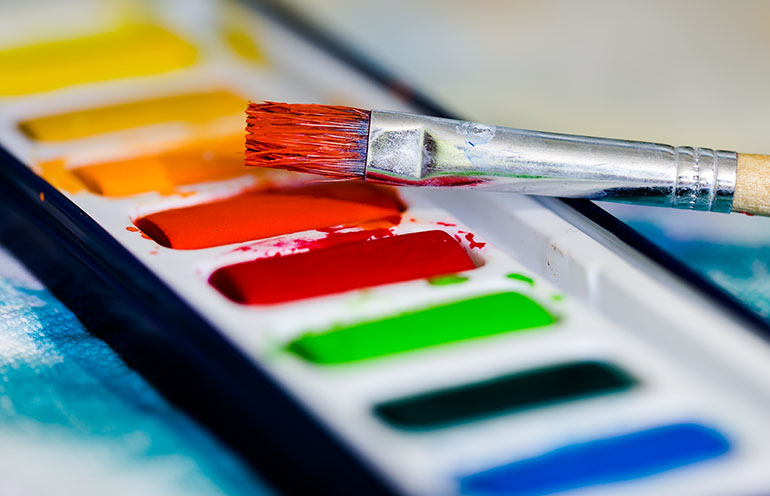 Sometimes the only way to keep yourself moving forward is to detach and reset. To that end, Attorney at Work and Analog Attorney are pleased to bring you a new series aimed at helping you disconnect from the stress of lawyering through … art. Not gallery walks or museum websites (though those are fine). Doing art. Making stuff. Articles will address a different style or practice of visual arts and provide a list of the basic materials and resources you need to get started. First up: The benefits of painting plein air.

Painting plein air is painting outdoors, a technique popularized by the French Impressionists. The image of a painter we most often conjure — a rumpled artist sitting at an easel in a setting dripping with quaint — is the image of a painter working en plein air. Monet did it. The three “great ladies” of French Impressionism, Berthe Morisot, Marie Bracquemond and Mary Cassatt, all painted outdoors. Their art remains vibrantly influential more than a century after they painted.

Painting Plein Air Is More Than Just Painting Outside

Although the French made impressionism popular, it was born from the sketch work of an English landscape painter, John Constable. Constable’s paintings were richly layered, luxuriously colored and photographic in how they captured the myriad details of a moment. But a lot of landscape painters turned out complex work at the same time as Constable. He was different because of his point of view: He believed nature was better at composition than man. So, while most landscapers reworked their subjects into an ideal form, Constable painted exactly what was there.

But Constable’s finished works didn’t jumpstart impressionism. It was his preliminary meditations, or oil sketches, that caught the attention of the French.

Constable was the first painter to finish an entire painting outdoors, in the open air, which sounds crazy but, fight me, I’m right. To do this, he resorted to using short brush strokes to paint the effect of what he saw, the impression of a scene (ahem). His meditations were savage and wild, evoking deep emotions. They were also timely, appearing around the same time as a rise in naturalism. He painted nature as it was, a devastatingly beautiful place. And just like that, the French countryside is salted with painters all trying to capture the sunset during the sunset before the sun sets.

You Don’t Have to Be Good to Paint Plein Air

Constable, Cassatt and the rest were accomplished, well-educated artists — but you don’t have to be. Take classes if you have the time. Buy a beret. But don’t let your newbie status as a painter or as an outdoor painter hold you back. Plein air painting is as much about being outdoors as it is about painting the outdoors.

The style was developed from meditations on a scene that were later brought to greater detail in the finished works. But the meditation is where the magic is. Those oil sketches capture the power of a scene, which is all you’re trying to do when you grab a portable easel and walk out into a field.

This isn’t photography. It’s not even realism. It’s just painting outside. You paint quickly. It’s indistinct. You are snatching the image, not engraving it. You are there to shake hands with nature.

You’re There to Disconnect From the Grind

Because the law will wear you down. It’s not called grinding because you are grinding, but because you are being ground. And look, I know: You live for this. You swim in the deep waters of stress. You’re a shark. I get it. But no you’re not. You’re a 30-something legal researcher who’s been breathing the same library air for six years. You’re a middle-aged partner neck-deep in discovery for a case that’s going on 10 years with no end in sight. Maybe you’re a first-year and it’s 3 in the morning and you’re on your 17th Redbull and you’re killing it, writing 4,000-word briefs and looking at making partner in half the time you’d planned. But an attorney’s value is not only in their indefatigable productivity. It’s not only about clocking billable hours.

Your greatest tool is your mind, and if you don’t let it coast every once in a while it’s going to grind to a halt.

Art Is a Way to Detach and Reset

A 2021 study in Current Directions in Psychological Science stated that detaching from demanding work is vital to job performance and overall workplace happiness. The idea comes partially from the way our brains work to constantly predict our future. Girija Kaimal examined this adaptive quality of our minds in a 2019 article for the Journal of Art Therapy, explaining that when one regularly creates, the mind adapts that creativity into its predictive framework. Without the inclusion of some form of mindfulness practice detached from one’s work, the mind eventually predicts endless work, which saps its motivation.

Retiring to a natural setting makes creative detachment even better by layering the effects of being in the wild. We’ve talked about this before, how slowing down a little, maybe taking a stroll in the woods, is remarkably beneficial. Constable knew this. It informed his philosophy that nature was a better painter than he could ever be.

Painting plein air, then, delivers both detachment and creativity that will energize you as if it’s a giant French reset button.

En plein air means going outside. If you’ve been chained to a desk for the last 20 years, you may have forgotten a few things about nature (i.e., nature wants to kill you). When you’re outside, you are not only an easel-toting flaneur, you are also food. And skin. Think of it like going to the beach in a swamp. You need to think about the sun, mosquitoes, people selling essential oils, and the sun. So dress accordingly. Bring bug spray. Wear sunscreen. And comfortable shoes.

Also, maybe the view from the side of a busy highway across an open field is incredible and maybe you want to paint it, but think about where you set up! Be safe. Stay aware of your surroundings. Also, consider the outdoor workspaces of others. Imagine setting up at a busy port, then having a half-ton of lobster traps dropped on your head by the angry fisherman who normally uses that space.

You will also need the gear and tools of a qualified plein air painter. To help you with that, we’re happy to publish a list of tools by price and portability. Please note there may be some affiliate links in the product listings, which means if you click through, we get a nickel. But we promise that doesn’t sway our opinion. This is solid stuff.

Photo by Denise Johnson on Unsplash

How Successful Firms Used Marketing and Business Development Activities to Grow During the Pandemic
The Heat Is On: HotDocs Gets Even Hotter with Efficiency-Focused Upgrades 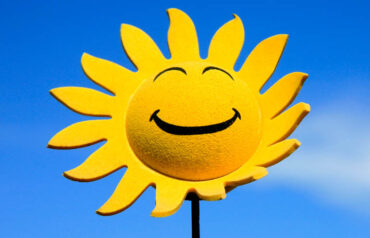 10 Ways to Experience Joy for a Successful 2023

Jamie Spannhake | When we set a “goal” to experience joy, we may end up having one of our best years yet — personally, financially and professionally.