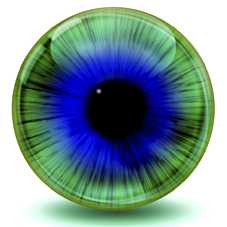 ‘The Future of the Professions’: A Complex Crystal Ball

By Sharon Nelson and John Simek

No one would describe “The Future of the Professions: How Technology Will Transform the Work of Human Experts” as a light and frothy read. We are huge fans of Richard Susskind’s previous books and his evolving thoughts about the future of the legal profession. In this latest book, he and his son Daniel, a lecturer in economics at Oxford University, look across all the professions to see what the future might hold.

For us, there is a kind of complex crystal ball embedded in this book. Lawyers would be well advised to heed the Susskinds’ view of the future, which we find extremely compelling. 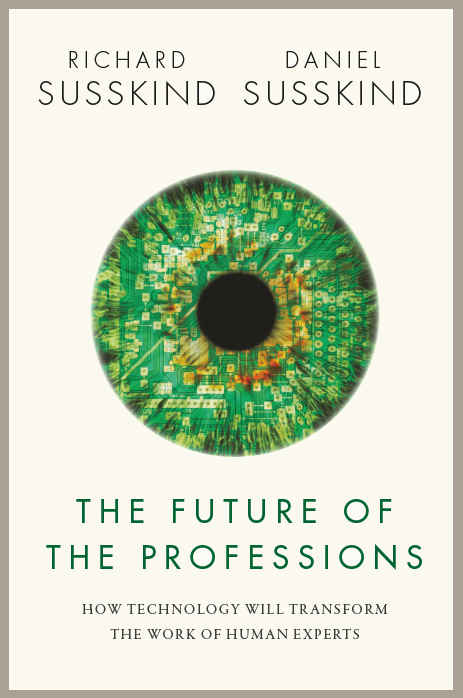 Both of us can rip through our beloved murder mysteries in a single sitting, but this book deserves much more. It is best read in 30- to 45-minute segments with pauses to digest what you’ve read and to reflect on your own thinking.

The primary criticism of this book (and its predecessors) has been that it represents “doom and gloom.” In some respects, that is true. The authors do indeed believe a radical shift is coming and that the unprepared may not fare well if they don’t change their thinking. If some form of Armageddon is coming, protest is hardly helpful, though it is often a first response. There are, however, rays of hope, as the authors are keen to point out.

The book tackles all professions, but this review is written from the legal perspective, since we live in the legal world. We will try to track the book itself, beginning with the “grand bargain.”

Fundamentally, this is a bargain in which those with special knowledge and expertise are granted a monopoly over certain services, with the hallmarks including specialized training, self-regulation, the issuance of a license and an adherence to ethical standards. Now that is our oversimplified definition, and it is described far more comprehensively in the book.

The Susskinds believe that lawyers, and others, have breached the grand bargain, in large by protecting their monopoly and providing services at a price point that is beyond the reach of the average person. This leads to a charge of protectionism — which lawyers are familiar with. Speaking cynically, the public sees self-regulation as the fox guarding the henhouse in the profession of law. Or as the book’s authors more charmingly phrase it, “Are we asking the rabbit to guard the lettuce patch?”

The days of the country lawyer, revered for his service to the community, are probably over. The public cannot help but see the extent to which profit is the measure of success in law firms. Legal fees have steadily increased and lawyers are a luxury that most cannot afford.

As the Susskinds say, “We seem to have a Rolls-Royce service for the well-heeled minority while everyone else is walking.”

And there you go. Access to justice is denied to so many — and the situation is worsening. The book calls for a new mindset and suggests that, “By and large, our professions are unaffordable, under-exploiting technology, disempowering, ethically challengeable, underperforming and inscrutable.” Those are not trivial charges, the authors note, but the public at large would agree with their description.

The book reviews some of the modern changes to the legal profession, including liberalization and alternative business structures in England and Australia (but still anathema to most American lawyers) as well as new legal service providers, including companies that offer customers contract lawyers on an “as needed” basis.

We have increasingly unbundled legal services, priced them at a fixed fee, outsourced them (including offshore) and delegated them at times to paralegals. Online services, such as LegalZoom, Rocket Lawyer and Avvo, continue to grow — as do online dispute resolution services and virtual courts.

Much of the changes are technology-driven. As the authors note, “The future of legal services is unlikely to look like John Grisham or ‘Rumpole of the Bailey'” — who will in large part be “replaced by advanced systems or by less costly workers supported by technology or standard processes, or by law people armed with online self-help tools.”

The book looks to a post-professional world. We hear all the time, “I just want to make it to retirement.” Lawyers of a certain age who feel unable to keep up with the changes are simply unwilling to try to adapt to a technology-driven practice of law.

Sadly, we have seen many who are resigned to extinction.

The book extensively explores the impact of technology on the law and other professions. Innovative systems can provide access to legal knowledge at a much lower cost — and the authors show there is a huge latent demand for legal services at an affordable cost. Clearly, new providers have found a way to reach those people. The most disquieting part of this, to us, is how much the success of those providers has demonstrated the legal profession’s failure to provide meaningful access to legal services to the majority of Americans.

The Susskinds do not suggest that alternative legal service providers necessarily be unregulated. In fact, they clearly state they believe in more proportionate regulation — a path the American Bar Association appeared to be haltingly walking down at the August 2016 meeting of the House of Delegates when it adopted Resolution 105, Model Regulatory Objectives for the Provision of Legal Services.

Reading “The Future of the Professions” closely will help all lawyers see how important it is to be flexible and innovative in thinking about the future of law practice. The book suggests that we need to “race with the machines” rather than fight against them (surely a losing battle). As the book notes, machines are becoming increasingly capable.

There is an extensive and fascinating discussion of the second generation of artificial intelligence, which examines the ongoing development of IBM’s Watson and its deployment in a host of professions. In the not-too-distant future, it may shock us that people actually used to do things in a law office that machines can routinely do. The Susskinds comment with humor that one day we will be shocked that people actually used to drive cars. Undoubtedly true.

While the book acknowledges that it is not possible to predict the future with great specificity as to actions and timing, the past allows us to extrapolate the direction of change in the legal profession and draw certain likely conclusions about what the future may look like. What we know for sure (emphasized by the rapidity of technological change) is that “no change” is not an option.

“Technological Unemployment” Across All Professions

Do the Susskinds look toward a “big bang” transformation? No, but they don’t expect the transformation to be leisurely either. They foresee “incremental transformation,” which, indeed, we have been seeing over the past several decades. And they see less and less work that the machines cannot do, resulting in what they call “technological unemployment” across all professions.

Is it a certain amount of work to read this book, which tackles a complex subject in great depth? Assuredly. But well worth the effort. The authors take great pains to leaven their research with colorful quotes and statistics from others and to translate complex topics into more digestible and sometimes humorous tidbits.

For us, the book’s bottom-line message was encapsulated in this quote:

“For the professions, there is no way of softening the blow. Decades from now, today’s professions will play a much less prominent role in society.”

We imagine many lawyers gulping just reading those words. The prophecy is very likely true — but remember, the best way to prepare for the future is to understand it. Lawyers are not condemned to extinction unless they refuse to evolve. Reading “The Future of the Professions” is an excellent way to begin that evolution.

Sharon D. Nelson (@SharonNelsonEsq) and John W. Simek (@SenseiEnt) are the President and Vice President of Sensei Enterprises, Inc., a digital forensics, legal technology and information security firm based in Fairfax, VA. Popular speakers and authors, they have written several books, including “The 2008-2015 Solo and Small Firm Legal Technology Guides” and “Encryption Made Simple for Lawyers.” Sharon blogs at Ride the Lightning and together they co-host the Digital Detectives podcast.