Question: What’s the best way to deal with staff performance problems? It seems like attempting to work them out during performance evaluation discussions between an assistant and the lawyer she works for is just going to erode their working arrangement. Is there a better way?

Rick D’Aversa: Let me describe a couple of real-life situations that reflect on the subject of performance, communication and evaluations. In the first situation I received a request from a partner saying he needed to increase his paralegal headcount due to an increase in business. He interviewed several qualified candidates and a decision to choose one was made.

About two months later, he again requested more help as his business was still quite busy. We sent more qualified candidates and one was hired. Then, after two more months, I received yet another call. He wanted to hire another paralegal. This time, I made a personal visit to meet with him and see what the problem was. Lo and behold, he was not happy with the performance of the paralegals he had hired before, but never informed us. He just thought that sooner or later, after he kept on hiring and hiring, he would hit on the right one!

Lesson learned: You must take the time to explain in detail the goals and scope of the job. If the goals aren’t being met by staff, you must address it directly with the individual.

In the second situation, an attorney was having some performance issues with her assistant — missed deadlines, sloppy work — and came to me for help. After a discussion with both of them, it was clear that a performance plan, developed by both the attorney and the assistant, was needed. It should have been developed at the very beginning of the assignment.

When the two of them met to develop the plan, some important information was revealed. For example, it was apparent that the attorney was unaware the staff person was responsible for additional assignments in the firm and that this was the cause of some of the problems.

Both agreed to develop a clear and reasonable plan so that no misunderstandings remained. After a couple of short meetings, they came up with a list (set out in columns) of “responsibilities” and a description of how and when things would be accomplished. A final column was left blank to be used for notes and comments on results over time. Once both agreed to the descriptions, they signed off on it together, establishing an understanding and agreement of the tasks and goals. The result? Work was completed in a timely way and both felt part of a team with ownership of the outcomes.

Rick D’Aversa has over 42 years of professional business and management experience. He has worked both in a corporate environment (IBM) and with three major law firms, Kenyon & Kenyon; Zeichner, Ellman & Krause; and Fragomen, Del Rey, Bernsen and Loewy. He has been responsible in all areas of human resources and administration as well as facility and office services and building management.

Nadia Wagner: Two factors determine a good working relationship — communication and chemistry. As soon as they are hired, I recommend that new secretaries visit with the attorneys they will work with to determine how to best assist them, their work preferences and their expectations. Our secretaries repeat this process annually during the performance evaluation period, and informally on a quarterly basis so there is an opportunity to correct problems before the formal evaluation. In addition, it is also important to address a performance problem immediately after it occurs, rather than wait until a predetermined review period. If you have an office manager or administrator, they should be included in all staff performance discussions.

Sometimes despite all good efforts, there is a lack of chemistry between a secretary and the lawyer that cannot be overcome. If your firm is of some size, you may have the luxury of reassigning the secretary to a different attorney — the attorney is an important part of the equation in a successful working relationship.

Generally, lawyers who take the time to train their secretaries correctly and who are patient, concise and respectful will get the best results. But even lawyers with their own behavior problems can enjoy a successful assistant or secretary pairing when the chemistry is right.

Nadia Wagner is the Branch Office Manager for Beveridge & Diamond, PC, a national environmental law firm. She has more than 25 years in the legal industry and has served in numerous leadership roles for the Association of Legal Administrators, including as President. Nadia is a graduate of SUNY Stony Brook, where she earned a Bachelor of Arts in Psychology.

Merrilyn Astin Tarlton: The working relationship between you and your assistant, secretary or paralegal is perhaps the most important one you have in the work portion of your life. If it’s good and productive, you will not only be more productive and profitable, you’ll be happier and your clients will be happier as well. But, as with any personal relationship, it’s only as good as both parties’ willingness to be open and honest about expectations and behavior. So if you’re looking for an excuse to avoid having to tell your assistant you are unhappy with his work, you won’t find it here.

There are a few things you can do to make it easier, however.

1. Start with the end in mind. Begin the relationship with very clear direction about what is expected and how performance will be assessed. Stress that there will be periodic performance evaluations.

2. It’s a two-way street. Invite the staff person to be open with you about what he needs from you in order to do a good job.

3. Make it personal. Yes, you do have to sit down face to face and tell him when there are performance problems, just as you must tell him, face to face, when he’s knocking them out of the ballpark. Everyone deserves to get feedback from the person involved. How would you like it if you learned a client was unhappy with your performance from a third party?

4. Focus on goals. It will be easier to discuss poor performance if you can relate the problem to accomplishment of work goals. (See no. 1, above.) If you value the relationship and you’re interested in continuing to make it better, never say, “Because I said so!”

5. Ask how you can help. Certainly you don’t want to do staff’s jobs for them. But you may learn that technology problems, interpersonal issues or an unmanageable workload is the cause of the poor performance. Always focus the conversation on what the two of you can do to meet your goals, and not on blaming or shaming the person into improvement.

Merrilyn Astin Tarlton is Partner/Catalyst at Attorney at Work, a past President of the College of Law Practice Management, a founding member of the Legal Marketing Association and a member of the LMA Hall of Fame. Follow her on Twitter @AstinTarlton.

Not every law firm has a full-time administrator or professional management to guide them. Send us your questions via email, and we’ll pass them on to the experts at the Association of Legal Administrators. Watch for the best ones here in “Ask the Experts.” 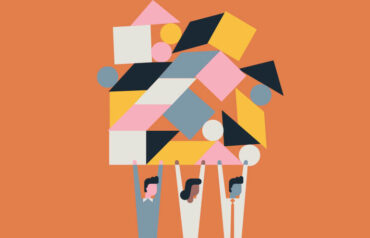 Want to Be More Profitable? Take a Look at Your Management Style