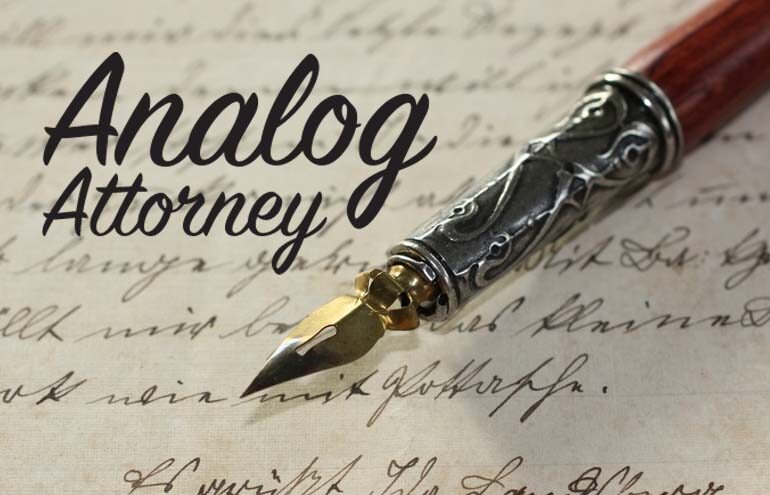 This shortlist of pens is in no way exhaustive. It’s just five pens. But I’m not here to tell you about every pen that’s for sale — that’s eBay’s job. I’m here to tell why you ought to pick up a fountain pen that’s as old as you are.

A vintage pen is an investment you can write with. Good pens are brilliantly designed works of art that keep their value over time. Some pens gain value, and a rare few writing implements become iconic collectibles passed around by high-rolling stylophiles.

You should immediately buy a super expensive fountain pen. Like anything from Caran d’Ache. They manufacture some of the most coveted and pricey writing instruments in history. Their 1010 Diamonds Limited Edition pen made with white gold and deeply spangled with three cuts of diamonds goes for a cool $1 million, though you could just settle for the ordinary 1010 (sans diamonds, punk) at $19 grand.

Which is insane and no one is really suggesting you go buy a Caran d’Ache. I am suggesting you invest in a beautifully rendered artifact of civility and letters at a much lower price point. The five pens listed here are widely recognized affordable collectibles that gain value and write beautifully.

The Parker 51 Is the King of Vintage Fountain Pens

No pen has sold more than the Parker 51, which collectors consider the best pen ever made. More than 300 million pens were sold from its first run in 1941 to its last in 1972. The sheer volume of Parker 51s still in circulation means they aren’t exactly rare, but the history and lore of this pen keep the price up around $100. But that’s an average. There are many versions of the Parker 51 and some are rare and expensive. (This exhaustive list for serious collectors explores most of them.) A first-year Parker 51 has a small jewel on the cap and one on the barrel and lists between $300 and $500. If you’re crazy, you can go for the prized 18K rose gold pen designed by renowned goldsmith Celestino Praca in the 1950s.

Sheaffer Imperial Is an Incredible Pen

The Imperial IV is a favorite of mine for the way the nib is part of the barrel. Sheaffer pens were the first mass-produced plastic fountain pens and that nib is not their first design feature to gain notice. Their original pens, the Jade Seniors, sported a white inlay indicating they had a lifetime warranty. The white dot became a recognizable feature in offices and schools of post-Depression America when the economy was tough and cheap pens that lasted a lifetime were valuable. Other pen companies tried to emulate the white dot, but Depression-era Americans were savvy consumers and didn’t fall for it.

Sheaffers aren’t as pricey as other vintage pens, so they’re a great entry-level purchase. You can pick up a nice 1929 Jade Senior for as little as $100. Even a prized collectible, like a rolled gold 1979 Imperial 827 still in the box, only goes for $250.

Sheaffer manufactured a few limited editions, like the W.A. Sheaffer 1996 18K Commemorative Fountain Pen, which came in a beautiful wooden box displaying the original Sheaffer patent illustration and shipped with a lovely bottle of ink. 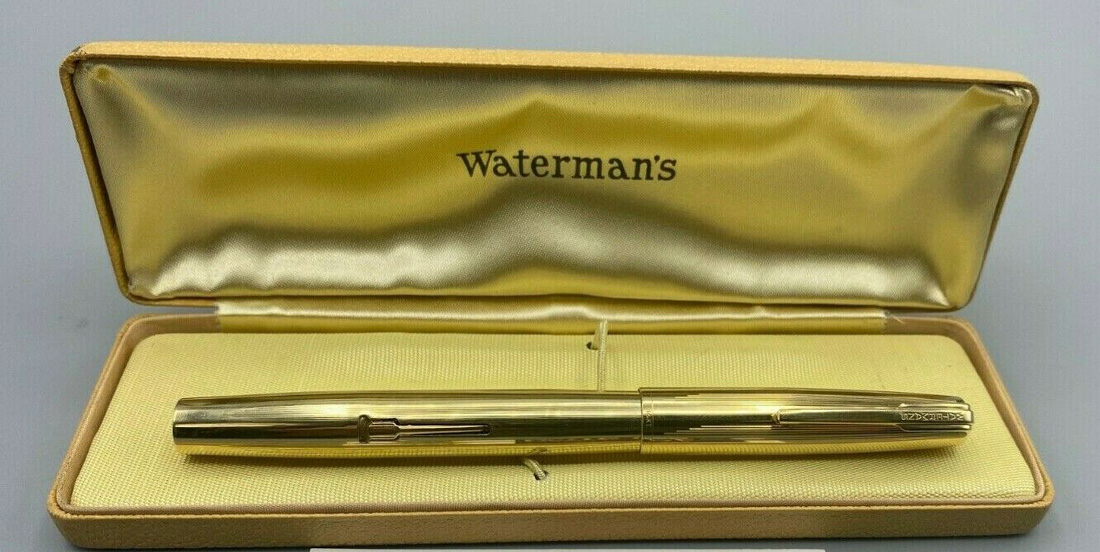 Waterman fountain pens are historically significant since their founder, L.E. Waterman, pretty much invented the fountain pen as we know it today. Sometime in the 1880s, Waterman was trying to sell an insurance policy when his fountain pen’s flux capacitor malfunctioned and sent Waterman to 1958. Actually, no one knows exactly what happened, but one can assume there was ink everywhere, including on the disappointed visage of Waterman’s guest. Waterman was livid, but instead of buying a new pen, he invented one. He added hairline grooves to the nib that let air into the ink chamber, allowing for a smooth flow of ink. He also added a clip so the pen could be carried right side up in one’s pocket. Until WWII, Waterman pens were the top-selling fountain pens in the world, selling up to a thousand a day.

Going for a vintage Waterman means looking for one of the more coveted models, like a Patrician from the 1920s. A well-maintained Waterman Patrician sells for $300 to $1,500.
The more expensive version: A gold-plated Waterman 100 Year Pen in mint condition starts at $2,200 — if you can find one.

A Montblanc Fountain Pen Holds Onto Its Value

A Montblanc is a top-shelf fountain pen no matter which one you buy. They are an excellent investment for collectors because of their resale value. Montblanc was acquired by Alfred Dunhill Ltd. in 1977 and dropped all their more inexpensive pens, focusing solely on the reputation of the craftsmanship and material of their more expensive pens. Dunhill turned Montblanc into the iconic luxury product you can spend a week’s pay on.

Which is kind of why Montblanc fountain pens are so expensive. A new one at the lowest tier will set you back $500. Their price is based partly on their reputation; not necessarily as a highly capable writing instrument (which they are) but as the kind of writing instrument you buy to show everyone you have a Montblanc. It’s like a Porche you carry in your pocket. This is why the vintage pen market is riddled with fake Montblancs. So if you want to buy one on eBay, make sure you know how to spot the difference.

If you’re feeling particularly Elon Musk-ish, get yourself the above Montblanc Autumn, Four Seasons Collection, described by the seller as “one of only a handful in the world. Crafted of 18K yellow gold and accented with a .07-carat, Top Wesselton VVS-clarity diamond drop, it is adorned with an intricate vine motif that wraps around the pen and sparkles with .57 carats of brown diamonds and .13 carats of cognac diamonds.” Just $22 grand.

If you are new to the history and lore of fountain pens, we’ve got plenty of options to help you scale your collection gradually. Check out Analog Attorney’s “Fountain Pen Obesssion Starter Kit,” here.

Get really good ideas every day for your law practice, including first looks at new Analog Attorney obsessions: Subscribe to the Daily Dispatch (it’s free). 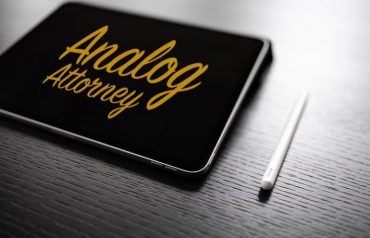