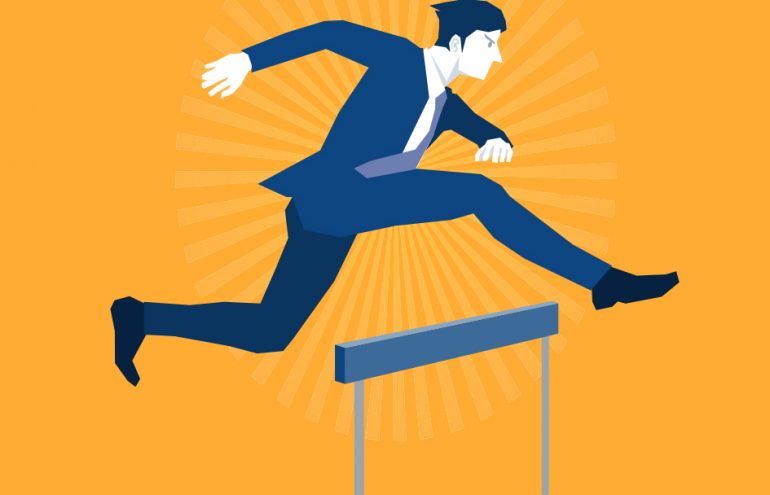 Across professions, there is a process to mastery. Hard work and perseverance don’t guarantee success, but it’s almost impossible to achieve success without them. This is particularly true in the legal profession, which is as competitive as it gets. There are no overnight success stories, just stories of dogged persistence over time.

The big lesson from all of this: What you practice is what you perfect.

When we think of the “giants” of law, names such as Darrow, Webster and Marshall come to mind. These lawyers shared many similar characteristics, including intelligence, courage and high ethical standards. They also lacked something that almost all lawyers today have in common: None graduated from law school. They read the books. They apprenticed. They learned by doing over long periods of time. And in the process, they shaped the law, and the legal profession, in ways that are studied in law school classrooms across the country today.

Abraham Lincoln followed a similar path. We’ve all heard the stories of Lincoln studying his law books by candlelight in a log cabin. He lacked the formal legal training that is taken for granted in today’s profession. But while he may not have had a Harvard law degree, Lincoln, like many other legal stalwarts, learned through the school of hard knocks the practices and principles of what it takes to become a successful and respected lawyer.

Lincoln did not consider himself to be an accomplished lawyer. His legal career was relatively pedestrian in comparison to his political one. But in his various letters and essays, Lincoln shared advice for lawyers that is just as valuable today as I’m sure it was over 150 years ago. In particular, Lincoln frequently corresponded with young, aspiring lawyers about the best ways to train for the profession. Law schools existed but weren’t required, and for many young people, working and studying with a lawyer as an apprentice was the only path to the profession.

In 1860, a young man wrote to Lincoln asking him his opinion of “the best mode of obtaining a thorough knowledge of the law.” Lincoln’s reply: “The mode is very simple, though laborious, and tedious …. Work, work, work, is the main thing.”

There’s probably no more timeless advice than Lincoln’s exhortation of the importance of hard work. There’s always going to be someone who’s smarter, better connected, better funded, more articulate, more polished, taller, better looking, funnier … you get the idea. But the ability to work hard and persevere is the one thing exclusively under your control. It’s not an innate or bestowed quality. Even in Lincoln’s day (and Pablo Picasso’s), hard work was the ultimate superpower.

There’s No Such Thing As an Overnight Success

Achieving success is no accident. Twitter co-founder Biz Stone once said: “Timing, perseverance and 10 years of trying will eventually make you look like an overnight success.” There are no shortcuts. There’s not some trick, tactic or hack that will have any meaningful impact on your career. 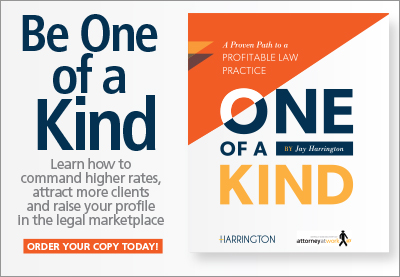 The first few years of practice are tough, no doubt. It’s only after gaining mastery of the law that many of the rewards — including autonomy, professional satisfaction and financial security — begin to redound to the lawyer. This should make intuitive sense. Most of us start enjoying something only after we’ve practiced it enough to get good at it.

Gaining mastery takes a long time, however, and therefore a long-term view can be one of your biggest competitive advantages as a young lawyer. Why? Because so few people have one.

As those around you become chastened and burned out, you can sustain through tough times with a long-term perspective that things will get better as you learn and get better.

If you want to be great, you always have to keep learning. Your education did not end with law school. In many ways, it’s just beginning. Yes: You need to practice if you expect to grow and thrive in this profession. It’s called the practice of law, after all.

You’ve likely heard of the “10,000-Hour Rule,” popularized by Malcolm Gladwell in his book “Outliers,” which suggests how long it takes to become excellent at any complex endeavor. It’s no coincidence that most associates are perceived to be most recruitable around their fifth year, once they’ve worked around 10,000 billable hours and are far enough along the learning curve that they’re seen as a real asset to other firms.

But it’s not just time clocked that matters, it’s what you do with that time. In some fields of work — data entry, for example — you can put in a certain amount of work to gain sufficient competence to do your job and then you plateau. It may only take a few hundred hours of work to reach relative peak performance. In other words, no matter what you do, you won’t be adding appreciably more value after 10,000 hours of work than you will after 1,000 hours.

In cognitively demanding jobs such as the practice of law or medicine, however, there is no growth ceiling to bump into nor predetermined plateau to reach. The potential for increased performance and achievement is exponential. That’s why practice is so important in the practice of law. But not just any type of practice — deliberate practice.

The Power of Deliberate Practice

Gladwell’s 10,000-Hour Rule derives from the work of Florida State University Professor K. Anders Ericsson. Ericsson, in his research and writing on what it takes to become exceptional in a field, noted that “the mere number of years of experience with relevant activities in a domain typically only weakly related to performance.” Put another way, to become excellent you have to put in many hours, yes, but the time spent must be dedicated to the type of work that matters.

Ericsson coined the term “deliberate practice” to describe this type of work. Deliberate practice is purposeful, systematic and requires focused attention; it’s conducted with the specific goal of improving performance. It is work that stretches you beyond your current abilities. If you’re engaged in deliberate practice, you’re deeply engaged with and dialed-in on your work. You’re not “going through the motions.”

A young lawyer who incorporates the principles of deliberate practice into her legal practice plans her work thoughtfully, works intensely on it, then seeks feedback from others on her performance. She studies the habits, methods and routines of successful lawyers around her, models herself after them and seeks their counsel about how to get even better.

Why does this matter? One of the primary reasons is that too few young lawyers approach their work and their careers deliberately, and with the mindset that how they work matters greatly in terms of their success and satisfaction. Most work hard. Far fewer work smart. Accordingly, those who do adopt the principles of deliberate practice are at a distinct advantage.

It’s pretty simple, but not easy: work hard, practice deliberately, reap the rewards. Young or old, success as a lawyer is within your grasp.

This article is adapted from a new book Jay Harrington is writing for young associates, geared toward helping them excel at both the practice and the business of law. Look for the book to release in the first quarter of 2018.

Sign up for Attorney at Work and get law practice tips daily. Subscribe to the Daily Dispatch and the Weekly Wrap (same price: free). 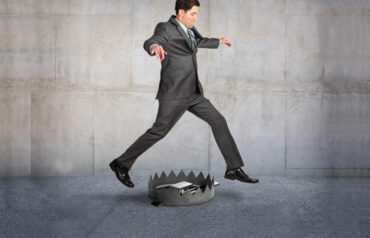