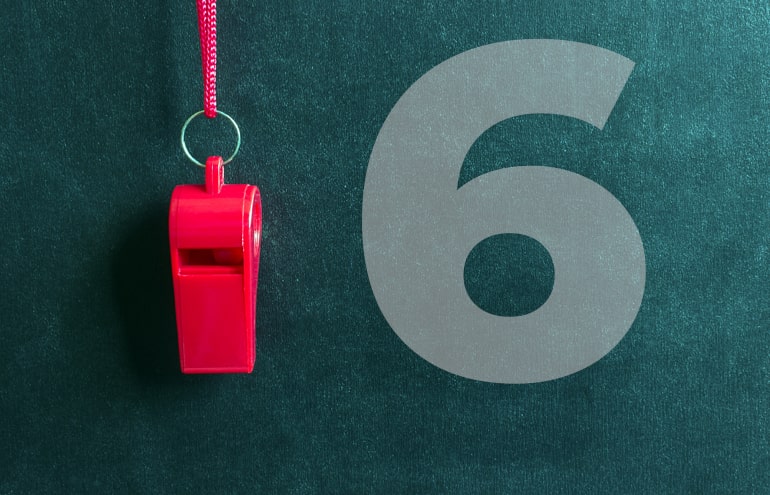 When it comes to the regulation of advertising, an ounce of understanding can do two things. For one, knowing about the lawyer advertising ethics rules can prevent disciplinary trouble. Second, understanding these rules can maximize your marketing messaging.

1. Not All Marketing Messaging Is Governed by the Rules

You make connections by joining a civic group or nonprofit board. Perhaps you contribute to the symphony, public broadcasting, or a pro bono program that recognizes your sponsorship. You write an article for the bar journal or present a CLE program. You post videos on Instagram providing tips to want-to-be lawyers. These may be part of your marketing plan or you may just have it in the back of your mind they will result in business someday. As long as you avoid communications that are “commercial speech,” the ad rules should not apply.

Courts have defined commercial speech as “that which beckons business” or “proposes a commercial transaction.” Expanding your brand through communications that are not encumbered by the rules should enable you to broaden your outreach. I addressed these issues in more detail in a prior post, “When Is a Communication an Ad?” I will only add here that you may face gray areas. So, when in doubt, assume the rules apply and make every effort to comply.

2. The ABA Model Rules Do Not Govern Your Communications

Therefore, lawyers should never rely on the ABA Model Rules to guide their advertising endeavors. Instead, they must rely on the rules that have been adopted in their states.

3. The Rules Are the Rules

No one should be surprised that technology moves faster than policy-making. When it comes to lawyer advertising, the opportunities to participate in new platforms far outpace the regulation of those communications.

More recently, the New York State Bar Association Social Media Ethics Guidelines indicate that the state’s rules apply to social media and if the platform does not enable the lawyer to comply, the lawyer should avoid using that medium. When discussing Twitter, for example, the guidelines note that “structural limitations, such as the limitation on the number of characters that could preclude disclaimers, do not provide a justification for not complying with the ethics rules governing lawyer advertising.”

4. There Is No Least Common Denominator

From time to time, I hear lawyers and marketers from multistate firms say that they just comply with the most restrictive state’s rules, the “least common denominator,” so to speak. The problem with this logic is that the state rules are not linear, from the least to the most restrictive. The rules are often simply different. For example, if a firm were to comply only with Texas’s rules, it would not necessarily include the disclaimers required by Alabama, Missouri and Mississippi. Firms with multistate practices need to understand how the state rules differ and comply with the rules of each state in which they advertise.

5. Available Resources Can Help With Specifics

The lawyer advertising ethics rules are often written in legalese. Fortunately, there are resources that help us understand their application to specific advertising issues. Most states, but not all, include comments immediately following each rule. Comments tend to expand on the rules, giving examples and making reference to related rules. A few states do not include comments. If you need to understand the rules for one of those states, try to find a state with an identical or similar rule and take a look at the comments from that state.

Ethics opinions are issued by the ABA, many states and some metro bar associations. These opinions, which are sometimes prompted by a lawyer’s request, apply the rules to a specific question. For example, Virginia Legal Ethics Opinion 1885 addresses the ethics aspects of participating in an online matching service. California Formal Opinion 2016 196 addresses when blogging is or is not advertising. One caution here: When researching ethics opinions, make sure they address the current rules and are not opining on rules that have been amended or omitted.

Most states’ disciplinary or regulatory office will have an ethics hotline, staffed by counsel with expertise in the rules. These hotlines are helpful for relatively straightforward questions that can be answered without in-depth research. Note that some states restrict use of their hotlines to lawyers admitted in the state and do not respond to marketing staff who are not lawyers.

While some firms have what they call their “ethics guru” among their partners, other firms may want to consider getting input or an opinion letter from an outside lawyer with expertise in professional responsibility. This may be particularly valuable when the firm is considering something novel or untested with its messaging. Hundreds of lawyers with expertise in ethics are members of the Association of Professional Responsibility Lawyers. Its website maintains a directory of members, with information about the various services they provide.

6. There Are More Questions Than Answers

As noted, technology moves faster than its regulation. The same is true of marketing ingenuity. As a result, we need to understand there are more questions than answers about lawyer advertising ethics at any given point. Sometimes we can look at analogies. I often ask the question, “What is this like in an analog world?” Websites are like billboards on steroids. Matching sites might be like complicated directories. From there, we can look at how they are different and then try to solve the puzzle of compliance for those issues no one has yet addressed. What about geo-fencing, meta-tagging a competing firm’s name, or collaborating with a client on the content of an online review? Realize that not only are there more questions than answers, but as issues arise, states may vary in their thoughts on innovations.