ABA TECHSHOW has been the place to learn what’s new in legal technology for more than 30 years — particularly on the small firm side. Last week in Chicago, we scoped out the ABA TECHSHOW 2017 exposition hall. Here are a few highlights.

Legal Technology Startups Get Their Shot

Scouting the brand-new products in the expo hall is one of the best parts of TECHSHOW. This year, the startups were easier to find: 12 new companies were invited to compete in a pre-show “Startup Competition,” and provided with booth space in the expo hall’s “Startup Alley.” During the showdown, hosted by Bob Ambrogi of LawSites and Mary Juetten of Evolve Law, two startups at a time gave two-minute head-to-head presentations, and the audience chose winners from each match. Those final six presented videos and the audience selected the winner, passive timekeeping app Ping. Doxly and UniCort placed second and third. Take some time to learn more about these startups — they’re doing amazing things: 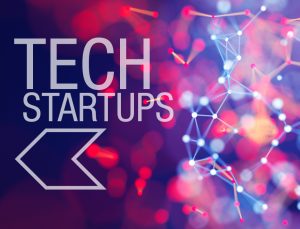 Which of these startups will have staying power? You never do know: During the keynote panel, Rocket Lawyer’s Charley Moore had an “If they could see me now” moment, recalling his first ABA TECHSHOWs just a few years ago, when he and practice management startups like Clio (which sponsored the keynote) were just getting started.

It’s Getting Crowed in Here: Practice Management Updates and More

While the startups are slugging it out in various legal niches, there’s been an explosion of practice management and case management systems over the past five years. (See “The Long Nine: Essential Software for the Modern Law Practice.“) The good news is these companies are competing hard for your business, so new features (intake; time tracking and billing), updates and integrations (Office 365) are coming on fast. Take advantage of the deals and free trials to investigate.

MyCase showed off its enhanced mobile app for both iOS and Android. “Small firm and solo attorneys are on the go more than attorneys at larger firms,” says Tracy Stevens, VP of Product for MyCase. “Rather than assume our customers use their mobile phones the same way they use their laptops and desktop computers, we really studied how small firm and solo practitioners use (or would like to use) their mobile devices and the specific activities they need to be able to do when they’re away from their desks.”

The new app includes all of MyCase’s standard features — including a secure client portal, time tracking, secure email messaging and real-time notifications — but makes adding cases and documents and creating events, tasks, billing entries and contacts even easier and faster.

CosmoLex is rolling out its new accounts payable module, designed to help law firms tackle issues associated with recouping client costs — including proper allocation of vendor bills to the appropriate cases, and the ability to track third-party lien claims to ensure accurate settlement disbursements. This is in addition to the CosmoLex 4.6 February release, which added several updates to the platform’s robust financial management and accounting features, notably the ability to automatically retrieve bank transactions, including credit card accounts, from more than 2,000 financial institutions.

PracticePanther now integrates with LawPay, allowing law firms to securely accept credit cards and e-checks within the practice management platform and better track payments. Using the  PantherPayments system, clients can pay invoices from their phone or computer, using a simple “Pay Now” button. Automatic payment receipts are generated for all clients, with an email outlining how much was paid and when. Invoices are also automatically updated by the software with the amount paid and the balance remaining.

More Tech to Boost Your Productivity

Ruby Receptionists now integrates with Rocket Matter practice management software, adding to its integrations with Lexicata CRM software and Clio. Rocket Matter users can now manage calls and messages handled by the remote receptionist within the practice management system. Among other pluses, easily tracking the date and length of each call allows for more efficient and accurate billing. With Lexicata, Ruby call data is synced with the CRM, making it easier to gather intake information, reduce double-entry and track the source of each new lead.

Paper Software announced updates to Contract Tools and Turner, its applications for creating, reviewing and analyzing legal documents. Contract Tools, designed for Microsoft Windows, has been updated so that contract drafting issues can be spotted and handled within Word’s document view. Turner, designed for the Mac, has added support for Apple’s new MacBook Pro Touch Bar. When using Turner to work with contracts, a Touch Bar now shows controls for editing provisions, looking up defined terms and adding comments. Paper Software was founded in 2010 when brothers Benjamin Whetsell, a lawyer, and Nathan Whetsell, a computer engineer, saw a need to streamline contract creation and analysis.

If you missed the show, or couldn’t be everywhere at once (there was a lot to see), click through to these reports and interviews for a taste of TECHSHOW 2017.

Watch for ABA TECHSHOW tips and takeaways from the practice management pros next week on Attorney at Work.

Referral Madness! Stay on Top of Staying in Touch
Marketing with a Purpose: Set Objectives

Save yourself the frustration of searching for your most commonly used commands with these simple customizations.

Law Firms of All Sizes Can Easily Integrate AI Tools Into eDiscovery January 13, 2022

Redefining What It Means to Be ‘Responsive’ to Clients January 12, 2022

NetDocuments When Excellence Is a Team Effort, That’s Work Inspired