Best of the Fest for Mac-Using Lawyers

Mac loving lawyers gathered at Walt Disney World in Lake Buena Vista, Florida, last week for MILOfest 2011, “a conference for attorneys interested in Macs, iPhones, iPads and anything else bearing an Apple logo.” Since more lawyers opt for Macs (and iPads) these days, for this week’s Friday Five we asked Gwynne Monahan to share highlights from the fest.

What better way to spend the beginnings of a Chicago winter than in Florida at a fantastic conference dedicated to all things Mac in Law Offices? Organized by Victor Medina, #MILOfest 2011 featured speakers who clearly know their stuff, and here are just five things I learned from them.

1. Randy Juip’s cloud computing call to arms. What conference doesn’t include a session, or a whole track, on cloud computing these days? I’ve sat through a number of these presentations, but none have been such an impassioned call to arms as Randy’s. He deftly—and humorously—made the case for lawyers to use common sense, embrace the cloud and take action so the legal profession doesn’t end up overly regulated and stymied like the health care or medical profession. Cloud computing offers many opportunities for lawyers to streamline business practices and achieve the economies of scale normally reserved for bigger law firms. Letting scare tactics get the best of us will be detrimental to all.

2. We should turn into zombies so we can eat Brett Burney’s brain. I’ve met Brett Burney and seen him present two or three times, but we’ve never had a conversation. The guy is smart, witty, articulate and full of enough tips and tricks to write a Mac encyclopedia series. By the end of the conference, I too wanted to turn into a zombie to eat his brain. He can walk you through the most complex or mundane task as you normally would—like composing and sending an email—then show you a shortcut. I could hear the “ca-chings” as attendees calculated the amount of time they’d save using Brett’s tips.

4. “Strive to turn atoms into bits. Never design a system that goes the other way.” Mark Metzger is obsessive about backing up his data, and one way he does that is by turning atoms (paper) into bits (scan and convert to PDF). He threw up some slides with all kinds of numbers, and the big take away was that the weight of a hard drive doesn’t change. It can be 2 gigs or 80 gigs, it still weighs the same. The weight of paper, however, changes. The more paper you add to a file, say, the heavier the file gets. So the goal is to design a system that turns atoms into bits, keeping your practice organized, light and mobile.

5. Dropbox is still the preferred choice for storing documents in the cloud. I did this thing last year where whenever a speaker mentioned “Dropbox,” I’d send a tweet that said “ca-ching!” It was astounding the number of times it got mentioned, and how many lawyers were using it. But after its security snafu earlier this year, I wondered if Dropbox would get as many mentions this year. It did, and it is still the preferred choice for many. Different this year, however, were new options to encrypt data on Dropbox, like SecretSync.

Gwynne Monahan is best known by her Twitter handle:@econwriter5. She has written several articles on open source applications for lawyers and legal professionals, and has presented on open source as well as issues surrounding social media. She is currently spearheading SmallFirmInnovation. 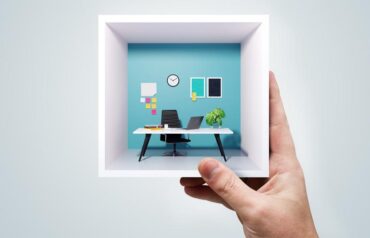