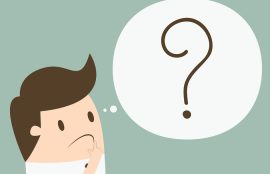 But Your Mother Said You Were a Lawyer …

No one takes their baby to a gynecologist for a routine checkup. No one goes to a cardiologist for an ankle sprain, or to a dentist when they have chest pains. So why, I ask, do distant relatives call me to draft prenuptial agreements when: (1) ...

The True Meaning of Partnership

When I began consulting, it was my plan to focus on working with corporations. But one of the first calls I received was from the managing partner of one of the international accounting firms. When I said I wasn’t an accountant, he replied, “You ...

Did You Say ‘Yoots’?

I arrived early for the deposition but somehow, in his mind, I was late. I was also young. This angered him. I went to shake his hand, but his arm never moved. Rather, he looked me up and down and sarcastically said, “Great, looks like we’re ...

How to Behave in the Online World

Andrea Cannavina has advice on how to be in this strange land of the internet, without being a stranger.

Can’t We Just Do Lunch?

You don’t need a coach to tell you that taking a partner or client to lunch is a great way to forge and further business relationships. But a recent—and for me, jaw-dropping—conversation with some women associates got me thinking there may be ...

Your Daily Horoscope: Take Charge of Your Destiny

I read my horoscope this morning and here’s what it said: “Letting nature take its course is not advised. Passivity will bring unfavorable results. Take charge of your destiny.” You needn't be a Virgo (as I am) to see the good sense in that. ...

What Did You Call Me?

“I told him right to his face what the deal was. And you know what? That lying scumbag now claims I told him something else! I’m gonna nail him, his client and his client’s mother, if that’s what it takes to teach him not to lie to me!” I ... 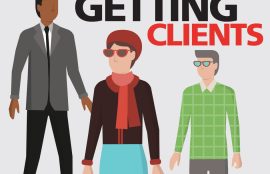 If you are only using your LinkedIn profile as an online resume, then you're missing the boat! Merrilyn Astin Tarlton has five extremely useful tips for using LinkedIn to boost your business development.

How Not to Hire a Vendor

Deciding to switch service providers or find a new one can turn into a big headache, especially if the service or product you’re are shopping for is “mission critical” to your practice. (Think banking, insurance or even ...

It is easy for lawyers to slip into conflict with office staff, colleagues or service providers because most of us have never learned how to craft the kind of agreement that isn't about winning, but creates a meeting of mind and heart. The best ...