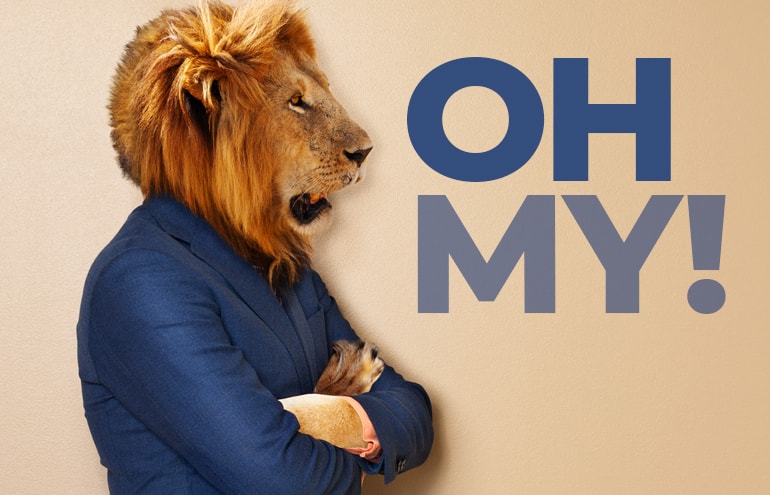 Blogging, Posting and Ethics — Oh, My!

When lawyers started blogging more than 20 years ago, who knew we would see posts like “EU Implements Retaliatory Tariffs in Civil Aircraft Disputes” or “Recovery of Interest in Wrongfully Denied Claims in Oklahoma”? It seems that attorney blog posts are more informative than ever while addressing niches and simultaneously seeing broader distribution.

As readily available, quick-read, get-to-the-point, no-cost blog posts and other social media posts and comments have emerged to replace the talk-at-you-not-with-you bar magazine articles and seldom-read law review notes, we need to keep in mind the limits imposed by our rules of professional conduct.

This piece is the first of two that look at the rules as applied to blogs and forms of social media. Advertising and confidentiality are discussed here. The second post will look at ghostwriting and the risk of creating the attorney-client relationship.

Could be. It depends. We should not assume they are or are not. In essence, a blog is nothing more than a type of communication. Factors about those communications determine whether they are advertisements and, therefore, subject to the state rules governing advertisements.

The better question is whether a blog is commercial speech. If it is, the state has the constitutional right to impose limitations on those communications, essentially applying their advertising rules. If the communication is not commercial speech, then a lawyer, like anyone else, may exercise his or her First Amendment rights to free speech. The limitations imposed by those advertising rules should therefore not apply.

A few relatively obscure but fascinating cases give us some direction on this. The first is Texans Against Censorship v. State Bar of Texas. A lawyer placed an “advertisement” in a local newspaper critical of the method of judicial selection in Texas and invited readers to share their thoughts. The lawyer contended this was not an advertisement that would be subject to the Texas rules. The bar contended it was because the purpose of the ad was to gain clients. The court determined that the lawyer’s intent to generate business was not pertinent because nothing in the content of the message proposed a commercial transaction. The court concluded:

Certainly, Texas lawyers who attempt to attract clients by distributing newsletters, public service announcements, or other forms of advertisement and solicitation of the nature of the Pasadena Citizen advertisement may do so with hopes of marketing their services or otherwise achieving pecuniary gain. It is not their desire to make money, however, which will bring these newsletters, announcements, or solicitations within the provisions of the amended rules. Instead, it is only when the message conveyed by the communication suggests to the public, or a specific individual, that the lawyer’s professional services are available for hire that the communication must meet the requirements of the amended rules. Plaintiff Adler’s Pasadena Citizen advertisement simply does not contain such a suggestion, and hence it is not covered by the amended rules.

In a more recent case, in which the court specifically addressed whether a blog was an advertisement, the court did not embrace this content/intent dichotomy but instead looked at a fuller range of circumstances. In Hunter v. Virginia State Bar, the court stated:

Simply because the speech is an advertisement, references a specific product, or is economically motivated does not necessarily mean that it is commercial speech. Bolger v. Youngs Drug Products Corp., 463 U.S. 60, 67 (1983). “The combination of all these characteristics, however, provides strong support for the … conclusion that [some blog posts] are properly characterized as commercial speech” even though they also discuss issues important to the public. Id. at 67-68.

In this case, Hunter identified a portion of his firm’s website as a blog titled “This Week in Richmond Criminal Defense.” The blog discussed cases, the overwhelming majority of which were those in which the lawyer obtained favorable results. Applying something approaching a “totality of the circumstances” test, the court determined the blog to be an advertisement and subject to the state ethics rules.

Based on these cases, lawyers who want to blog in ways that are not subject to the advertising rules should limit the posts’ content to information that does not beckon business or propose a commercial transaction and otherwise avoids factors that would lead someone to conclude the communication is an advertisement for specific services that is economically motivated, as set out in the Hunter case.

Whether it’s over a beer or during a CLE presentation, lawyers love to tell “war stories” about their cases. At their best, real experiences can bring a story to life and illustrate a point with a practical application. Nevertheless, we have duties of confidentiality to both current and past clients.

Nearly every state has a version of ABA Model Rule 1.6, which prohibits a lawyer from revealing information about the representation unless the client gives informed consent or the circumstance falls under one of the exceptions to the rule (none of which are likely to apply to information that might be revealed in a blog or social media post).

ABA Formal Opinion 480 (2018) squarely addresses the lawyer’s obligation when blogging or otherwise commenting on a client. The opinion concludes that a lawyer may not provide information about the representation unless the client has given informed consent or the circumstances otherwise fall into an exception to the rule. The opinion indicates that the information doesn’t need to have come from the client, that the lawyer may not avoid the application of the rule by turning it into a hypothetical if someone can determine who the client is, and that the lawyer’s obligation to maintain the confidentiality even extends to information that is generally known or a matter of public record.

The bottom line for bloggers and others using social media is to either get the client’s informed consent to reveal the information or avoid using it — so long as there is an attorney-client relationship.

However, once the representation has concluded, Rule 1.9 kicks in. This rule extends a degree of confidentiality to former clients, but not to the extent that Rule 1.6 protects current clients.

The opinion goes on to stress that information is not “generally known” simply because it’s presented in open court or available in court records, libraries or “other public depositories of information.” To be clear, this means that when a law firm represents a client in litigation and that representation is a matter of court record or published in an opinion, the lawyers still do not have the right to reveal that representation unless that information is more widely known.

So, again, lawyers who blog or post on various social media platforms have a narrow path when they are tempted to rely on their real-life experiences. Bloggers beware.

“The Ethics of the Pivot” ” by Will Hornsby