If you’re feeling a little goofy about just how deeply in love you are with your nifty new tablet, don’t be. Even the hardcore techies are a bit over the moon about the changes it’s making in their work and lifestyles. Just to prove our point, we asked some of our favorite legal technologists to tell us what they love most about their tablets, along with their most-favorite apps. We learned a few things. Lesson number one: Make sure you have plenty of room if you’re going to ask about the object of a techie’s affection. Lesson two: There is some really cool stuff out there!

1. Finis Price. Finis, a lawyer and co-founder of TechnoEsq Presentations, speaks frequently on iPads for lawyers. “Calvetica is a great calendar program that accesses the same calendar database as iCal on your iPad, so there is zero setup. Now when I am in court checking my availability for dates, I can easily jump to a specific month or day next year with two clicks.”

2. Tom Mighell. A lawyer and a senior consultant with Contoural, Inc., Tom is the author of the ABA book The iPad in One Hour for Lawyers and blogs about tablets at iPad4Lawyers. “I originally bought my iPad with the intention of using it as my ‘digital legal pad,’ so I would no longer need to use pen and paper during meetings. Unfortunately, there are a lot of note-taking apps that just don’t agree with me, and the way I write. Further, I wasn’t able to find a stylus that made my handwriting look legible. Recently, though, I have found the perfect app-stylus combination for my writing style, and now I do all of my note-taking on the iPad. The app I use is Noteshelf; it allows me to create multiple notebooks based on topic or client. I can customize the style of the notebook and the “paper” inside it. I can also save the notebook to PDF and email it to myself or others, or save it directly in my two favorite productivity apps, Dropbox or Evernote. It wouldn’t be possible without the right stylus, which for me is Adonit’s Jot Pro. Its tip is very similar to a ballpoint pen, and it uses a unique “precision disk” to make the handwriting very accurate.  Now, my digital writing is recognizable to just about everybody.”

3. Jeff Richardson. Jeff is a lawyer in New Orleans who writes the popular iPhone JD blog. “My iPad is full of apps that I love, but the one that I use the most in my practice is GoodReader. Whether I am reading pleadings, highlighting depositions, reviewing exhibits, or organizing documents, I cannot imagine using my iPad without this fantastic app.” Read Jeff’s review of GoodReader at iPhone JD.

4. Paul J. Unger. Paul is a lawyer, Affinity Consulting Group partner and a past chair of ABA TECHSHOW. “Why would you record the audio from a meeting or CLE program while you take notes with the same device? Why create audio bookmarks that correspond with your notes so you can find and listen to specific parts within seconds? Why synchronize and backup those notes with a single tap? Why expand common phrases with just a few keystrokes? Because you can, and it is incredibly fun!  I know … I am a bit of a nerd. I discovered Audiotorium Notes for iPad recently while searching for a way to improve my note-taking during a meeting. I wanted to record notes and the audio so I could send my notes to my partner. Auditorium Notes worked pretty well! Room for improvement? Absolutely. I am still looking for an app that lets me record the audio while taking handwritten and typed notes (like … cough, cough … OneNote). Also, I think we would all like a more precise writing tool. All and all, however, for the extreme portability and versatility of the iPad, I will wait because I know the day will come. If my iPad can match paint color, repel mosquitoes, serve as a decibel meter, flashlight and timer for all six burners on my stove, I know that day will come! Thank you Steve Jobs for revolutionizing the digital world.”

5. Sharon Nelson and John Simek. Sharon and John are president and vice president, respectively, of Sensei Enterprises, Inc., a digital forensics, information technology and information security firm. John, who blogs at Digital Samurai, says, “The best security/privacy tip for tablets (or any mobile device) is to configure a PIN/Unlock Pattern/Passphrase and encrypt anything that can store data. Obviously, you would want to set a short timeout value so that the device automatically locks after a period of inactivity so that your PIN/Unlock Pattern/Passphrase has a chance to be invoked. It really doesn’t do you any good to have a PIN/Unlock Pattern/Passphrase if your timeout is two hours.” Sharon, the new President-Elect of the Virginia State Bar, blogs about electronic evidence at Ride the Lightning. She says her funniest iPad moments came when, “Laid up with a knee replacement and bored to tears by news and Food Network reruns, I became obsessed with Angry Birds and mastered every level. And I hate those games.”

6. Victor J. Medina. Victor is a lawyer with the Medina Law Group, LLC and organizer of MILOfest, the only national conference specifically for Mac-using lawyers. He is passionate about his practice, his family, his new iPad 2, and the Red Sox (the order depends on the day, but these days the RedSox aren’t high on the list). “I’ve gone a whole week with nothing but my iPad by my side. It got to the point where I had forgotten about my MacBook Air completely. In that week, I sketched out a complex estate plan using an application called WhiteBoard HD. I also used mind-mapping software called iThoughtsHD to map out an upcoming deposition. Having saved that map as an OPML document (a format readable by other programs), I opened the map in OmniOutliner for iPad (a robust outlining program) and wrote out my questions. I even used OmniOutliner as a checklist to make sure I didn’t forget any area of questioning. After that, I managed my calendar and sent my staff off on tasks with a mobile version of my practice management software called Daylite Touch. During the week, I read case summaries and annotated them with PDF Expert and I gave a speech one evening using a tele-prompter program called TelePrompt+ (note: tele-prompting systems typically cost hundreds of dollars). Finally, to relax, I played sheet music I downloaded from MusicNotes (the page turning is heavenly). The point is that the iPad can be many things. It’s a blank slate, and the only limitation is the imagination of developers and users.” (MILOfest 2011 takes place November 11-12 at Walt Disney World in Lake Buena Vista, Florida, with a terrific lineup of speakers and programs.)

7. Nerino J. Petro, Jr. Nerino, a lawyer and PMA for the State Bar of Wisconsin, blogs at Compujurist.com. “I travel a lot throughout Wisconsin and the country, and am an avid reader. I also like to watch movies when I fly and hate having to fire up the laptop to check email. My Android Acer Iconia A500 Honeycomb tablet has changed all of that. I now carry my reading materials on the tablet—there’s nothing quite like not having to lug around pounds of books when you travel. For reading apps, I prefer the Nook for Android app, as Barnes & Noble publishes in the widely accepted epub format. This means I can use the app to read ebooks that I get from other free libraries as well. My tablet lets me watch movies when I’m flying and is easier to deal with in the narrow confines of an airline seat, especially when the person in front of you leans back. Also, I can review documents that I’ve loaded into Dropbox and work on them using QuickOffice. It is also nice to be able to quickly check email without having to fire up the laptop. I’ve also used my tablet in meetings to take notes that I then synchronize to Dropbox, eliminating the paper legal pad. My favorite Android apps include Evernote, Dropbox, Thumb Keyboard, Expensify, RepliGo Reader and Barcode Scanner. While the tablet won’t replace my laptop, it does provide me with an improved level of mobility and connectivity without the drag of a laptop in many instances.”

Moving Party: Portable Scanners for the Modern Circuitrider
Take It From the Wonder Pets 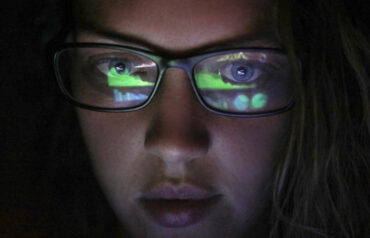 Can Marketing Make Your Law Firm Vulnerable to Cyberattacks? Absolutely

Practical Ways to Keep Up with Regulatory Change in Your Practice Area January 5, 2023